Thanksgiving in all circumstances

The hymn “Now Thank We All Our God” was written by a Lutheran minister, Martin Rinkart (1586-1649). We sing it often during this season of Thanksgiving in praise of our “bounteous God.” But the backdrop of this hymn writer’s life was filled with death, looking nothing like a Norman Rockwell Thanksgiving painting.

Rinkart penned the words of this hymn during the Thirty-Years’ War between Protestants and Catholics. He was one of four parish pastors serving at that time in Eilenburg, Saxony, located in East Germany. But when the war continued to rage on, one pastor left, two died and he alone was left to serve the people.

Eilenburg was a walled city. So, it became a place for refugees, and thus, there was a great shortage of food. Then the plague set in, and scores of people died from this dreaded disease.

Rinkart performed 40 to 50 funerals a day, including his wife’s funeral. It was estimated that he buried more than 4,480 people.

After the plague came an invading army of Swedes demanding that tribute be paid. The besieged pastor served as the negotiator with the Swedish army; and he paid them the tribute with his own money. When the army refused to leave the town, he gathered the people for intensive prayer. Miraculously, the Swedes departed in peace. 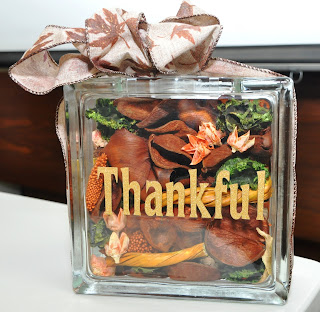 Through it all, Martin Rinkart faithfully gave thanks to God. Indeed, this hymn was an expression of his grateful trust in God despite the extreme hardship he and others were experiencing.

We, too, are called to faithfulness despite, and in the face of, life’s trials. I doubt many of us have ever experienced the depth of tragedies that happened during the time this beloved hymn was penned. But all of us face difficulties and suffering. 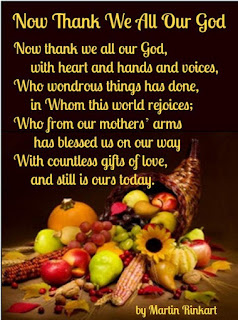 The Apostle Paul tells us to “Rejoice always, pray without ceasing, and give thanks in all circumstances, for this is the will of God in Christ Jesus for you.” (I Thessalonians 5:16-18)

May God continue to help us recognize and give thanks for the unmistakable, abundant blessings in our lives, even those forged from the burdens life imposes on us. And when we look back later, may we reflect on God’s steadfast providence and goodness to us, through it all.
History source: hymnary.org

Learn more about Martin Rinckart and this favorite hymn on the UMC Discipleship Ministries website article, History of Hymns: “Now Thank We All Our God.”