The Power of a Letter 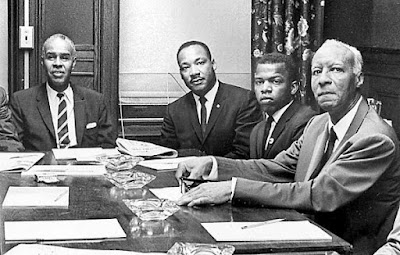 Long ago, an African American teenager from Troy, Alabama, wrote a letter that would help change his life forever.  His name was John Robert Lewis and the letter was sent to a pastor by the name of Rev. Dr. Martin Luther King, Jr.

Young Lewis was inspired as he read about what was happening in Montgomery, prompted by the actions of a woman named Rosa Parks. It was the bus boycott led by Dr. King to protest and end racial discrimination in public transportation.  Lewis sent that letter to the civil rights leader, hoping that the pivotal events occurring in Montgomery could be replicated in Troy.

Dr. King not only wrote back to this 18-year-old, but he included in the letter a roundtrip bus ticket to Montgomery and an invitation to come meet him.  Lewis got on that bus, and the rest was history.

The young man would later become an influential United States Representative from the state of Georgia, often described as a moral leader within the U.S. Congress. But first he learned much from Dr. King and others—including the Rev. James Lawson, a United Methodist leader in the civil rights movement—about how to engage in that justice work through faith-based, strategic nonviolence. He dedicated the rest of his life to this endeavor. 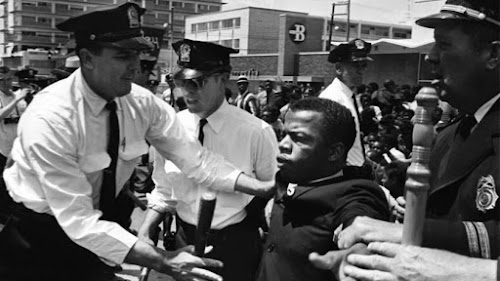 Lewis was the first head of the Student Nonviolent Coordinating Committee, a relentless force of young people who led Freedom Rides and voter education and registration efforts across the South. Thus, he was the youngest face always seen around the table with Dr. King and other civil rights leaders in those black and white pictures of the 1960s.

He was the last living speaker from the March on Washington in 1963 that culminated with King’s “I Have a Dream” address. He learned and demonstrated first-hand that when people see “something that is not right, not fair and not just, that they have a moral obligation to speak up and speak out.” 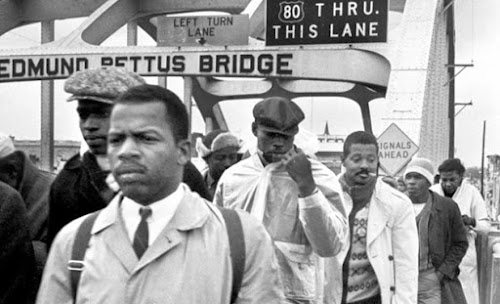 Congressman John Lewis went home to be with the Lord last week. The world has gained and lost a great man in him.  As a child he felt a call to the preaching ministry, and he later graduated from a Baptist seminary and Fisk University in Nashville, Tennessee. But he spent his life preaching justice and equality for all through his actions as a public servant.

His kind of preaching got him arrested over 40 times, and it got him into what he called “good trouble” for the cause of freedom for African Americans and other Americans across this nation. Civil rights for people of color has in many ways been a springboard for the cause of equality and justice for many oppressed people in this country. The benefits continue on and on, as the “arc of the moral universe bends toward justice,” a prophetic phrase made famous by Dr. King. 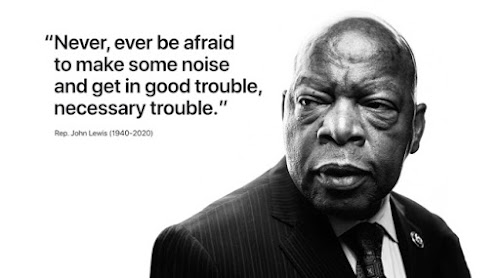 The story of John Lewis all started with a letter and a bus ticket.  Added to Dr. King’s many attributes was his intentional mentoring of younger people along the way.  King wisely knew that the movement he began needed the next generation to carry on the work.  He took the time to work with this high school graduate from Troy, Alabama.  And John Lewis, in turn, mentored countless young people in his day as well.

The work of God’s love, equality, justice and empowerment—of nonviolent social action or “good trouble”—is as important now as ever.  Twenty years from now things will look different, largely because of what is happening and what we are learning today. And yet, we can solidify the effectiveness of future strides and ministries as we mentor the ones coming up behind us.

Who is writing you letters?  Who is curious about your ministry, your justice work and your passion for “making disciples of Jesus Christ for the transformation of the world”?  Who can you empower and encourage to learn from you and to continue and develop the work for generations to come?

The next John Lewis waits for you to answer their letter.