On a recent broadcast of “Travel with Rick Steves” (NPR – January 12, 2019) this travel expert interviewed Calvin Alexander Ramsey, who authored a children’s book titled Ruth and the Green Book.  This book explained how African Americans during the time of Jim Crow laws had to depend on a certain guidebook, The Negro Motorist Green Book, to locate restaurants, hotels, stores, gas stations and other services accessible and willing to serve them during their travels on the road.


The Green Book was compiled by Victor Hugo Green, a U.S. postal worker in Bergen County, N.J.  Through his contacts with other postal workers around the he was able to compile a nationwide directory.  It was published from 1936 to 1966.


According to Ramsey’s radio interview, the distribution of this guidebook was largely supported by the Standard Oil Company and Esso Gas stations, built and owned by John D. Rockefeller, the oil industry magnate. He had connections with the Spelman family of Ohio through his wife, Laura. Her father, the Rev. Harvey Spelman, was an abolitionist instrumental in operating an Underground Railroad stop in the mid-19th century.

I ponder the life of two postal workers during Black History Month 2019. One of them was my father, who worked for a Post Office in Baltimore, Md., for 30 years.


I was raised in a typical middle-class, white family during the post WWII, “Baby Boomer” generation.  We went on family vacations in the South every summer, traveling with ease. We always stayed at Howard Johnson motels and ate at Howard Johnson restaurants, and we would be sure to stop at Stuckey’s convenience stores and get pecan roll candy along the way.

Never once were we denied a hotel room or service at a restaurant. Of course, that was because we were white.  I never thought about this growing up. Never. I just did not see African American people; and I wonder now why I never wondered why.  This is the epitome of white privilege; and I see it now for what it was… and still is. 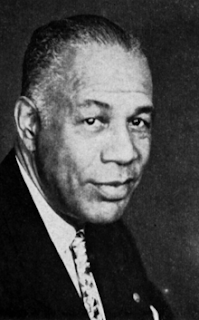 The other postal worker was Victor Hugo Green (right), whose African American family couldn’t just waltz into the Howard Johnson motel and rent a room.  His family had to pack a lot of unperishable food in their cars when on vacation because they never knew where they would be allowed to buy food on the road.  Sometimes they even had to put an additional can of gasoline in their trunk in case they could not find a gas station that would let them buy fuel.


Green did something about this racist inequity by publishing his practical and life-saving list of accessible services.  How sad that this had to be done and that white society thought that segregation was OK, or like me, never even questioned it. How sad that many in white society missed out on the chance to learn and grow from associating with people from the African American community.  Segregation deprives everyone—everyone—in profound and for some, very painful, ways.


In truth, there is much less racial segregation and discrimination in this country; but we still have a long way to go to eradicate this heinous sin. It starts with white people like me learning everything we can about our history and how an unjust legal system can create and perpetuate racism and classism.


White people have a key role to play in acknowledging that there is something wrong and naming it, especially when everyone in power is white and only white voices are heard around a decision-making table.  White people, like the Spelman family, can give means and influence to even the playing field.

Later, John D. Rockefeller went on to give a large bequest to an African American women’s college. It was renamed Spelman College, in honor of his wife and her family’s commitment to racial equity.


Finally, white people like me need to seek more meaningful and honest, personal relationships with people of color.  As people build relationships and alliances, all of us benefit. Our church, our society and our world will achieve heights of excellence and maturity that we have never before attained.  In doing so, we will get a glimpse of God’s Kingdom—and “kin-dom”—on earth, as God intended it to be.