A Time to Love


Those verses penned in 1904 by poet, professor and statesman Henry van Dyke, a native of Germantown, Pa., are timely for us who remember "9/11," our national day of tragedy 13 years ago when brutal terrorists took over our skies, plunging hijacked airliners into the World Trade Center in New York City and the Pentagon in Washington, DC. A small legion of American heroes prevented the hijackers of a third airliner, United Flight 93, from reaching their dreaded goal, mostly likely the U.S. Capitol, and instead forced them to crash into an empty field near Shanksville, Pa., killing all onboard.


Today on 9/11/14 there are memorials again being held at each crash site, remembering and mourning the thousands of fallen victims and our many heroes who responded at great risk to these attacks, including those who sacrificed their lives in Shanksville.


We wait desperately for an end to our war on terror, an end that may never come. We fear the rise of a new force of Islamic extremists, ISIS, now wreaking havoc, brutally murdering thousands, inflicting destruction across Iraq and Syria, and threatening to infiltrate Europe and America in their horrific campaign. The only question about this "existential threat," as some describe it, is not if but when.

Thankful for the Ministry of Bishop Martin McLee 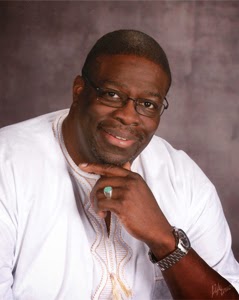 My e-mail box and telephone have been filled with messages about the recent passing of Bishop Martin McLee, bishop of the New York Annual Conference.  He entered the church triumphant on Saturday, September 6, while on a leave of absence.


We as a denomination and as individuals are filled with grief and disbelief as we process the news.  We reflect on the brevity of life but also the amazing impact one life can have and the awesome work that this bishop was able to accomplish in two short years.


Bishop McLee was an advocate for justice in his conference and around the United Methodist Connection.  He brought new vision and leadership to the Northeastern Jurisdiction Multi-Ethnic Center for Ministry.  He handled a complaint around the issue of same-gender weddings with faithfulness and grace.  He preached with power in speech and song, often bursting into the chorus of a well-known hymn to accentuate his message.


Bishop McLee was a communicator.  Early on I figured out that he was great with text messages.  He always answered.  I would text “I am praying for you,” and he would respond, “It is getting better” or “God is with me.”  He was always filled with hope and positive energy that encouraged us all.


Even during his illness and rehabilitation he looked upward and trusted in a God who provided for every need.  He would frequently address the body as “beloved” knowing that everyone is a precious child of God, no matter who they are; and in God’s love he embraced all.


I texted Bishop Martin on Saturday morning.  I thought it was strange that he did not answer me.  He always answered.  Seems that he answered the call from God to rise up to new life and a higher call in the kingdom of light.


There is no telling what he is doing now, gifted with renewed strength and eternal life in heaven. We will join him someday. But on this day we pray for all who mourn across our Connection and especially for the New York Annual Conference, even as we celebrate the living legacy of his leadership in ministry there.

Posted by Bishop's Blog at 1:28 PM No comments: