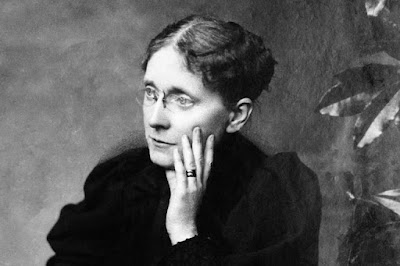 At the 2019 session of General Conference in St. Louis, Mo., there were quite a few women delegates. That is a far cry from the experience that our foremother, Frances Willard, had in 1888 when she was elected by the Rock River Conference to be a lay delegate.  She arrived at that General Conference and was turned away because women were not permitted to be seated there. 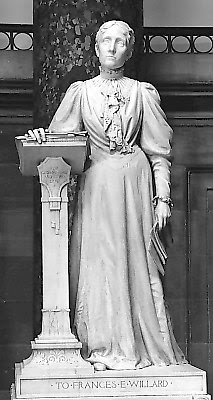 Frances Willard (1839-1898) was a tireless advocate for women’s suffrage, Prohibition, fair labor laws and raising the age of consent for marriage for women.  She also worked to improve the participation of women in the Methodist Church of her day.  She wrote to Mrs. Dwight L. Moody (Emma Revell Moody) the following letter:
All my life I have been devoted to the advancement of women in education and opportunity.  I firmly believe God has a work for them to do as evangelists and as bearers of Christ’s message to the ungospeled, to the prayer meeting, to the church generally and the world at large, such as most people have not dreamt of.  It is therefore my dearest wish to help break down the barriers of prejudice that keep them silent.” (September 5, 1887).
Willard put aside a promising career in the field of education to devote her time solely to social justice causes.  She lobbied, petitioned, preached, published and taught wherever she could.  She never lived to see the 18th amendment (Prohibition), or the 19th amendment (Suffrage), or women finally being seated at General Conference. But her tireless efforts paved the way for these things to be accomplished. 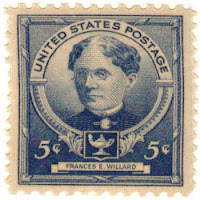 The spirit of Frances Willard lives on today as women strive on to make equality and empowerment their task for the good of the ministry of the church. There is still work to be done, new trails to be blazed.
The membership of The United Methodist Church worldwide consists of 60 percent women. Yet, the seated delegation of General Conference 2019 had only 36 percent women.
There are many talented women in our church who can be raised up to new areas of leadership and participation. During Women’s History Month, let’s pledge to make new history and elect a more balanced number of men and women in our delegations for 2020.

Posted by Bishop's Blog at 8:36 AM No comments:

The Arch of Justice

According to the Visitor’s Center at the “St. Louis Arch” National Park, this city has always been “the gateway to the west.”  The earliest major trails that settlers used to travel to points west went through St. Louis, Missouri. 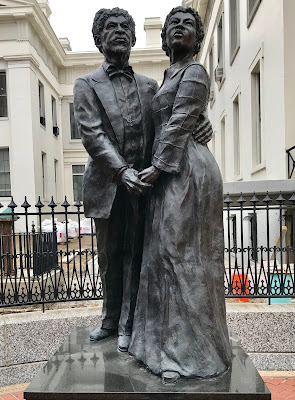 This “Show-Me State” metropolis is also known for some strategic and historic court cases during the 19th century.  One was the case of Dred Scott (1799-1858), a slave who petitioned the court for his freedom in 1847.
Scott won his freedom, only to face numerous appeals trials that eventually landed in the U.S. Supreme Court.  The justices ruled that slaves were “property” and had no right to file lawsuits in courts.
Scott and his wife Harriet were sent back into bondage. But in the years that followed, they returned to that same courthouse and were finally emancipated in 1857.
Another historic case in St. Louis dealt with the issue of women’s suffrage. Virginia Minor (1824-1894) sued the state in 1874 for the right to vote according to the 14th Amendment to the U.S. Constitution. She was denied, and her petition also ended up at the Supreme Court, where the decision of the lower courts was upheld.
Sadly, Minor never lived to see the passage of the 19th Amendment that finally gave women the right to vote in 1920.  However, her valiant efforts were part of the movement that eventually gave equal rights to women at the voting polls.
The General Conference of The United Methodist Church met in St. Louis February 23-26 for an historic special, called session. The order of business was to decide whether to retain or remove two of the denomination’s bans: one on hosting or officiating at same-gender weddings; and the other on ordaining self-avowed, practicing homosexual clergy. 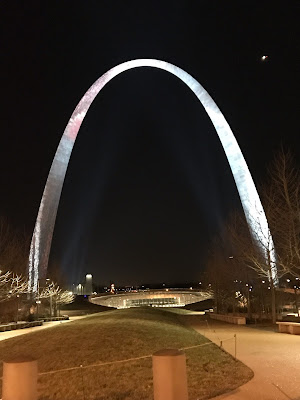 For two and a half years a carefully chosen, inclusive group of 32 United Methodists from all over the globe gathered nine times to find A Way Forward for the church. They finally presented three possible plans for consideration: the One Church Plan, the Connectional Church Plan and the Traditional Plan.
The Council of Bishops overwhelmingly supported the One Church Plan. However, the decision was in the hands of the 833 voting delegates to this worldwide assembly.
Their gathering began with a spirited day of prayer, then a day of legislative committee work and finally a day of plenary voting. The voting process was confusing, to say the least, with many amendments and points of order and rulings from the denomination’s top court, the Judicial Council.
In the end, the international body of conservative, moderate and progressive members voted by a narrow margin to support the Traditional Plan. This plan maintains our current policy that does not allow people who are self-avowed, practicing homosexuals to be ordained ministers and does not permit our pastors to perform, nor our churches to host, same-gender weddings or holy unions.
Some enforcements to the church’s current Book of Discipline were also added in this plan. The full Traditional Plan is now in the hands of the Judicial Council to be vetted for constitutionality.
Some petitions have already been ruled as unconstitutional, but time and the tedium of Parliamentary Procedure did not allow for much correction. The Judicial Council will rule on which parts remain valid at their April 23-25 meeting.
There is deep disappointment and hurt in the LGBTQIA+ (Lesbian, Gay, Bisexual, Transgender, Queer, Intersex, Asexual+) community and among their family, friends and supporters at this time.
Hundreds of people came to St. Louis to advocate for the One Church Plan. It would have removed the restrictive language in the Book of Discipline and allowed pastors, churches, Boards of Ordained Ministry and Annual Conferences to act out of their conscience on these matters.
In addition, over 15,000 young adult United Methodists signed a petition imploring the church to begin to open the doors to the LGBTQIA+ community. I encourage you to remember them in your prayers and reach out to offer them comfort, conversation and encouragement. 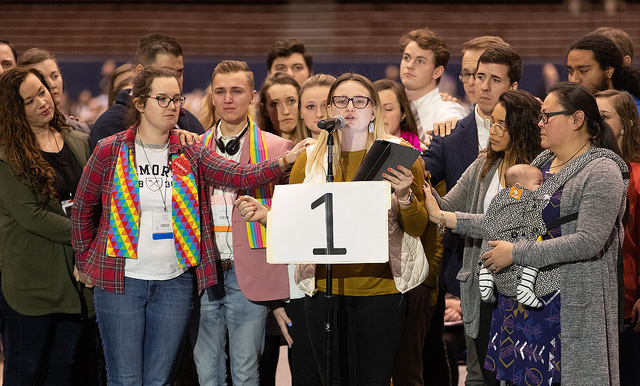 After General Conference ended, I looked up and saw the Arch, this huge stainless-steel tourist attraction, built in 1965, that reminds us about our history of western expansion. St. Louis’ slogan is “Still Moving On.” Likewise, the church is still moving on in mission and ministry for Jesus Christ. Nothing can stop the church from evangelizing and doing the work of Christ.  People of goodwill who believe differently about the important issues voted on at General Conference are and should be “still moving on” together to reach and help heal a hurting, broken world.  We still have a “charge to keep and a God to glorify!” 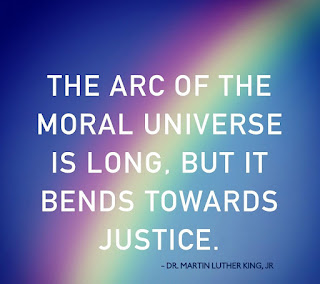 St. Louis’ Old Courthouse, the scene of historic legal battles against oppression and for civil rights, is now a museum located fittingly next to the Gateway Arch. The two should inspire in us another message for those whose hearts are grieving at this time. The Rev. Martin Luther King Jr. once famously said, “The Arc of the moral universe is long, but it bends toward justice.”
The gleaming St. Louis Arch also bends toward justice. Dred and Harriet Scott were eventually a freed from slavery. Women finally got the right to vote.  Some important, lasting moments in history happened right there in this gateway city.
Here and now, during our winter of discontent, something important and lasting happened in The United Methodist Church as well.  We will never be the same.
I believe with all my heart that eventually The United Methodist Church will become a welcoming and affirming denomination in ministry with the LGBTQIA+ community. Like the arc of justice, the wait is long, and the struggle can last a long, long time.
Habakkuk 2:3 says “For still the vision awaits its appointed time; it hastens to the end, it will not lie.  If it seems slow, wait for it, it will surely come, it will not delay.”
The temptation for many is to give up. But I implore the church to continue the work of relationship-building and holy conversation and fervent prayer, until there is a new day. Then the consciences of all will be respected and the lives of all will be welcomed as no longer strangers in God’s household.
Posted by Bishop's Blog at 1:00 PM No comments: