Lessons from the Life of Martin Luther King Jr. 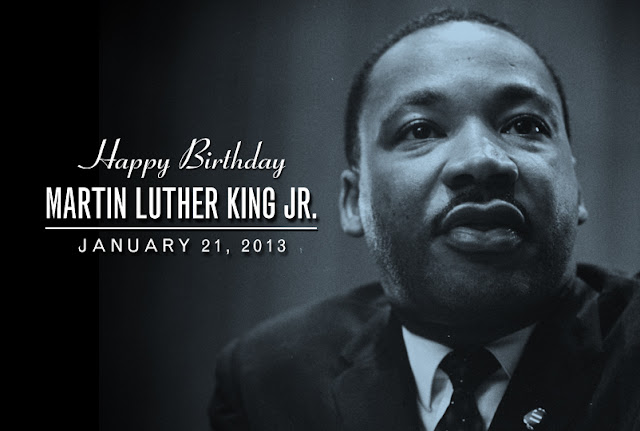 According to Webster’s Dictionary, the word “invincible” means “incapable of being conquered, overcome or subdued.”  When I ponder the life of the Rev. Martin Luther King, Jr., as we commemorate his birth this week, this word comes to mind.
His message, his mission, his life’s impact remain invincible.  His death over 50 years ago has not silenced his work. In fact, the movement he led has strengthened and continued with each passing year.
This is because of some basic, important qualities of his life that are a lesson for us all. What makes a life invincible?  Three things:
1) Prayer – Dr. King was a man of prayer.  There is a powerful book titled Thou, Dear God: Prayers that Open Hearts and Spirits (edited by Lewis V. Baldwin, Beacon Press, 2012).  This is a collection of Dr. King’s prayers. According to a review by John Dear in the National Catholic Review (January 15, 2013) these prayers are characterized by a cry for strength to carry on the work of peace and justice. They ask for courage to be non-violent and blessings on the movement for civil rights. But they also petition for healing for oppressors and for the coming of God’s reign of peace.
Dr. King’s work was first and foremost centered in and fueled by the power of prayer.  God most certainly answered his prayers on many levels and continues to do so in our day.
2) Singleness of purpose – If one attempts to walk a straight line in an open field, the only way to be successful is to focus one’s eye on a distant marker of some kind, and to walk toward it. Never take your eyes off that goal, or else you will unwittingly wander off-course. And you may only perceive that misdirection when you look back in retrospect.This is an object lesson for the invincible work of this civil rights leader.  He kept focused on the goal of achieving justice for all people. People tried to dissuade him and distract him from that work.  Even his own colleagues early on questioned his timing and his methods; but he remained steadfast in his quest. King sought justice for people of color in this country; but he also spoke out for justice and human rights for all people in all situations of injustice. He famously wrote: 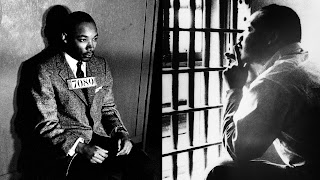 Injustice anywhere is a threat to justice everywhere.  We are caught in an inescapable network of mutuality, tied in a single garment of destiny. Whatever affects one directly, affects all indirectly.  (“Letter from a Birmingham Jail”). To that end, he fought against poverty, war and discrimination as his single mission. His short life is a testimony to what someone can do when they are disciplined to hold onto a single mission and not be distracted.
3) Willing to die for the cause – Jesus calls believers to deny ourselves, to take up his cross, and follow him. (Matthew 16:24) This is powerful stuff.  When one is willing to hold back nothing and give everything, and even to die for a cause, they can become invincible.
The early church’s fire of evangelism, to share the gospel of Christ, was fueled by those who were willing to die for the faith. The early church father Tertullian wrote, “The blood of the martyrs is the seed of the church” (Apologeticus, chapter 50).  John Wesley wrote, “Give me one hundred preachers who fear nothing but sin and desire nothing but God, and I care not a straw whether they be clergymen or laymen. Such alone will shake the gates of hell and set up the kingdom of heaven upon earth. (The Life and Times of the Rev. John Wesley: London 1871).
M. L. King Jr. was willing to die for the cause; and I believe he knew his death was imminent. The night before he died, he preached at a packed church in Memphis, Tenn. “I don’t know what will happen now,” he told them. “We’ve got some difficult days ahead.  But it really doesn’t matter with me now, because I’ve been to the mountaintop. And I don’t mind. Like anybody, I would like to live a long life; longevity has its place. But I’m not concerned about that now. I just want to do God’s will.” 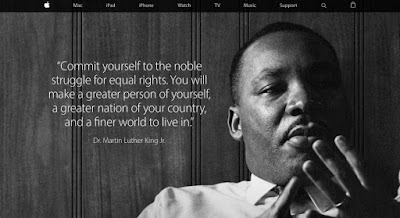 Still today, God is calling women and men to be invincible in this world.  The church still has the potential to be God’s change agent for the planet; and each one of us is capable of this brave adventure.
Take a page out of the book of life of this great leader, Dr. Martin Luther King, Jr., and aim to be invincible for God. Fuel your work with fervent prayer, have a singleness of purpose, and be willing to give your all, even your very life, for the cause of Christ. Then watch God work!
Posted by Bishop's Blog at 2:10 PM No comments:

To know beyond the unknown 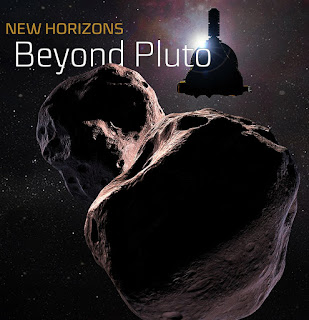 NASA has sent a space craft far beyond Pluto that recently took pictures of a reddish rock that astronomers call “Ultima Thule” (which means “beyond the known world”). This hunk of rock and ice stretches about 20 miles across and is about 6.5 billion kilometers from the earth.

Ultima Thule is significant, according to NASA, because it could offer us insights about what the solar system was like at its first forming. It could help scientists understand how the building blocks of planets were made 4 billion years ago.
On January 1 the New Horizons spacecraft sent back pictures—images the like of which we have never seen before.  What is even more exciting is that this spacecraft has enough power to continue exploring the unknown universe for another 11 years. So, it will continue traveling further out into space and take even more out-of-this-world pictures that we have never seen before.
As Psalm 19 rejoices, “The heavens declare the glory of God.”  How amazing is our God to have created so many vast planets and stars? 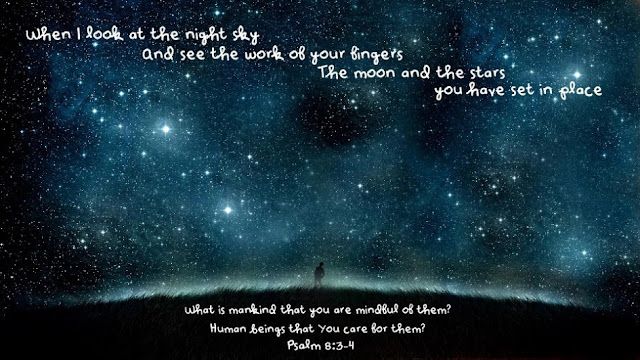 “When I look at your heavens, the work of your fingers, the moon and the stars which you have set in place,” asks Psalm 8:3, “what is man that you are mindful of him and the son of man that you care for him?” Compared to all this vastness of space, we on this tiny planet might seem insignificant. Yet, God does love us and care for us as precious beings in God’s creation.
Ponder the words of Ephesians 3:20: “Now to him who is able to do immeasurably more than all we ask or imagine, according to his power that is at work with us…” Or Romans 11:33: “Oh, the depth of the riches of the wisdom and knowledge of God. How unsearchable his judgments and his paths beyond tracing.”
Yet, beyond the known world (to borrow our new celestial discovery’s moniker) and beyond the new horizons emerging in our sciences, we know an unknowable God.  We know this Creator who cares for all creation through mighty words and deeds, through a heaven-sent Son whose birth we celebrated at Christmas, and through our own faith in the reliable evidence of things unseen.
We may continue to journey far in our search and discovery of distant, unknown worlds. But the God we know is always near, listening and peering into our searching hearts, hearing and responding with love to our prayers of faith. Let us believe in that!
Resources: www.QZ.com, www.cbc.ca
Posted by Bishop's Blog at 2:40 PM No comments: