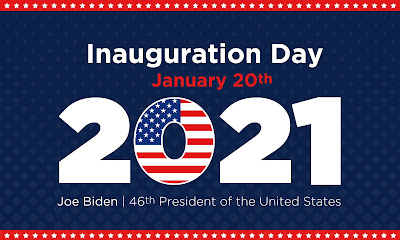 The word “inauguration” (New Oxford Dictionary) means, “The beginning or introduction of a system, policy or period; the formal admission of someone to office; a ceremony to mark the beginning of something.”

Next week our country will hold its Presidential Inauguration.  It will be in the foreground briefly against a current backdrop of political turmoil, last week’s violent assault on the U.S. Capitol, and a worldwide health crisis. And more turmoil, more attacks are threatened.

It is my prayer that on that day we can begin to heal and find ways to mend our chasms of deep division. We all bring converging ways of thinking, believing and being.

There is a tiny city (population 780) in Western Pennsylvania, in a borough of Somerset County, known as “Confluence.”  It is named as such because it is a place where three rivers come together: the Casselman, Laurel Hill Creek and Youghiogheny rivers. When these rivers meet, there is turbulence but also the benefit of becoming a bigger river, which makes this area a great place to do fishing and boating. 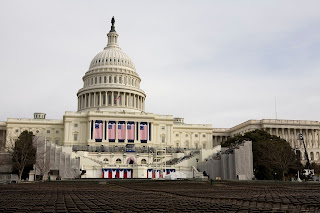 Great things can happen if we flow in the same direction

Divergent political thoughts (be they Republican, Democrat or Independent) often create turbulence. If we can somehow manage to flow in the same direction, like these rivers, some big—indeed, great—things can happen in the future.

Everyone thrives when we work together as a nation for the good of all. At the end of the day, rivers are all made of the same water; and we are all God’s children made in the same image and likeness of God. We are all different by the design of our Creator, so that we can accomplish all that is needed through our different gifts and passions.

On January 20, 2021, may we inaugurate not just a new President or his new policies, but a new period of respect and cooperation that will yield peace and prosperity for all. May that be especially true for those who are poor and oppressed, who live in the dim margins of our nation’s bright political and economic fortunes.

This can only be accomplished as we seek to do the will of God, acknowledging and using the resources of the Holy Spirit. Psalm 85:10 expresses my prayer for the future of our country: that “steadfast love and faithfulness meet and righteousness and peace kiss each other.” May it be so!

Thoughts on the life of Dr. Martin Luther King, Jr.

The Rev. Martin Luther King, Jr.  You may have always wondered about his name. Was he or his father named for a famed, rebellious monk and professor who left the Roman Catholic Church and started the Protestant Reformation in the 1500’s? 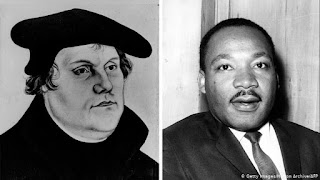 MLK, Jr., much like his German namesake of long ago, also began a reformation—not of religion but of race, as he led a pivotal civil rights movement for racial equality in this country. It was truly a movement because it continues to ripple out in ever-expanding circles of justice-seeking social change. 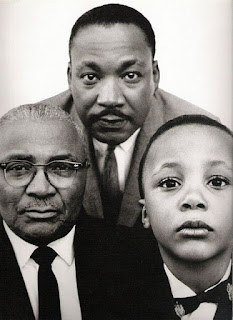 The story behind his name comes from Dr. King’s father, the Rev. Martin Luther King, Sr. (1897-1984). He was named Michael King by his parents, and he named his son Michael King when the future civil rights leader was born in 1929.

From ‘Michael’ to ‘Martin’

In 1934, the elder King, who was at the time the senior pastor of the Ebenezer Baptist Church in Atlanta, Ga., traveled to Berlin, Germany, for the World Baptist Alliance. During that trip abroad, he also visited France and the Holy Land.  Afterwards he changed his name to Martin Luther King.

When asked about it, he said he had an uncle named “Martin” and another uncle named “Luther.” But one can only surmise that his visit to the home of the Reformation and its leader also spurred his interest in the name he adopted.

Throughout his ministry in Atlanta, Martin Luther King, Sr. was a brave and tireless reformer working for racial equality. His passion for justice burned even brighter after his visit to Europe.

“Daddy King,” as he would come to be known affectionately, was active in the NAACP. He led a huge voter registration drive in Atlanta, braved numerous personal threats, and worked for the equalization of salaries for African American teachers, to name just a few of his achievements.

The elder King was once pulled over by a police officer for a minor traffic violation, and the officer called him “Boy.”  Martin Jr., who was in the car, observed as his father pointed to him and said boldly, “This is a boy. I am a man.”  The chastened officer quickly wrote the ticket and moved on.

Ironically, those same self-affirming words, “I am a man,” were emblazoned on signs worn by Black sanitation workers in Memphis, Tenn., when they marched for fair treatment and racial equality in 1968. MLK Jr. went there to march with them and help lead their fight when he was tragically assassinated April 4. 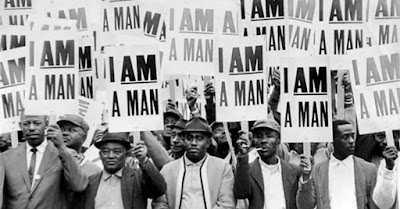 One cannot over-emphasize the legacy of justice and reform that was instilled in both the heart and the name of Martin Luther King, Jr. From his father he learned and experienced first-hand the meaning of the Christian “social gospel” of liberation for the oppressed.

From his father he learned how to work through the system to bring about change. His father taught him to take risks for the greater good and to bravely speak “truth to power.”

Our decisions, actions proclaim who we are

Today our decisions and actions—or our indecision and inaction—whether to seek justice for all or to accept the status quo of inequality—make our lives visible billboards that proclaim who we are and what we believe. Whether we intend it or not, we are role models for younger generations and even for one another.

If we claim the name of Christ in our faith, then we should live up to that name, as MLK Jr. lived up to his. We should strive to be living examples of the one whom we claim to follow. 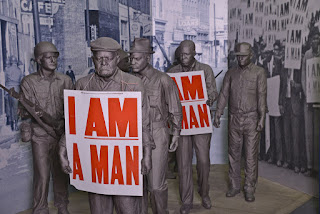 What do young people learn from you?  How does your life demonstrate a profound commitment to the teachings of Jesus Christ, who came to set captives free and bring recovery of sight to the blind—the literally and spiritually blind of this world?

I ponder these questions as I celebrate the life and legacy of Dr. Martin Luther King, Jr. He set a fire of justice on a thousand hills that continues to blaze brightly.  He lived up to his name and to the principles of his faith. Let us all try harder to do the same.