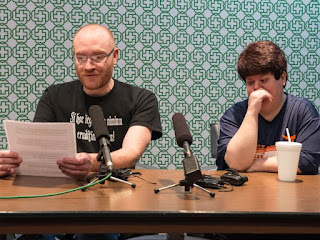 In a recent interview on National Public Radio Gene Kopf talked about his 14-year-old daughter Abigail who was nearly killed in a recent mass shooting in Kalamazoo, Mich. In the March 12 interview he also discussed the question he posed to the two Democratic candidates for U.S. President.  He said he did not want the standard answer of more criminal background checks.

The interviewer pressed Mr. Kopf further about what should be the answer to the increasing amount of random mass violence.  The Kalamazoo shooter was legally able to purchase the firearms he used; so tighter laws would not have prevented his purchase. 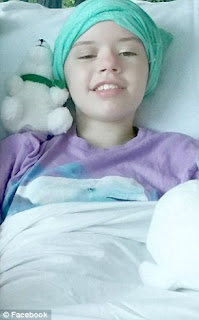 The father of this 14-year-old victim, who is still being treated for the gunshot wounds to her head, said we have to do something about fear in this country.  It’s the culture of fear that is driving up the violence.

There are few ultimate answers to world's fears to be found in the halls of Congress, or in our schools, or in our military or law enforcement agencies.  We can write laws.  We can teach non-violence.  We can teach tactics about what to do if a mass-shooter attacks.  We can arm ourselves with the greatest military and personal arsenals in the world.  But it can’t ultimately take away fear.

Fear and anxiety are a huge part of life in our world today.  We fear the extreme terrorism of ISIS, strange and violent weather patterns, the increasing number of mass shootings, the Zika virus and other diseases, the outcome of this year's Presidential election for some, the numerical decline of our churches and memberships.  Fear naturally creates a desire to protect and defend.  However nothing can fully protect us from suffering from earthly tragedies.

But we as Christians have the ultimate answer.  As the Apostle Paul reminds us, “We should not grieve as others do who have no hope.  For since we believe that Jesus died and rose again, even so, through Jesus, God will bring with him those who have fallen asleep.” (I Thessalonians 4:13-14).

Belief in the Lord Jesus Christ for life everlasting is the ultimate answer to our fears.  We are not immune from the suffering and fearful events of this world.  We may indeed suffer but our ultimate hope in Christ's resurrection gives us the strength to live in fearful circumstances with peace.

Methodism's founder, John Wesley, as a young man, was in a vessel sailing to the North American continent when a storm arose at sea.  The violent storm could have easily swept away this tiny ship, and everyone could have died.

John Wesley came upon a group of Moravians on the ship who were singing praises to God.  He wrote in his journal, “Storm greater: afraid. But the Moravians were trusting God so simply and so completely that they evidenced no signs of fear, and they even persevered in their plans for worship service.  In the middle of the singing a gigantic wave rose over the side of the vessel, splitting the main sail covering the ship.”

We can sing when we know that even if the worst happens, we are caught up into the loving arms of God forever.  This is what Easter is all about.


Jesus arose so that we can be free from the fear of death and free from fear of the perils of this life.  This promise is the sure anchor of our faith in any storm.  We as Easter people should model this kind of faith and endeavor to teach it to the world.
Posted by Bishop's Blog at 2:01 PM 3 comments: