The Body of Christ at Work in Beverly, Kentucky 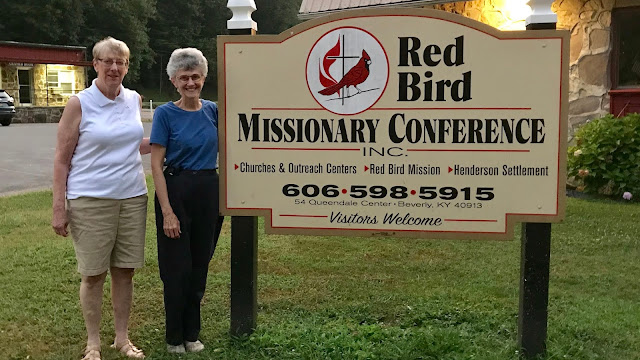 “For the body does not consist of one member but of many.” I Corinthians 12:14

The week of August 11-17, 2019, was probably the most diverse week ever recorded at the United Methodist Red Bird Mission Work Camp, in Beverly, Kentucky. Onto that campus came a group of about 75 Christians from many places, representing many forms of diversity. 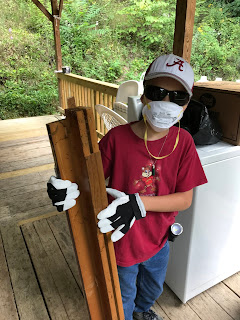 The groups were sent out each day to work on various projects: building wheelchair access ramps, repairing floors, upgrading bedrooms, and arranging donated clothing for distribution. 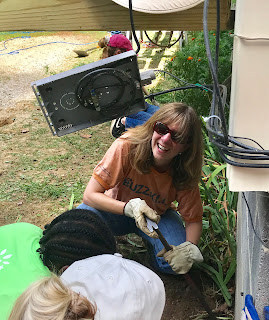 We included carpenters, electricians, painters, sign language interpreters, photographers, cleaners, dish washers and people who prayed and led worship. We also experienced the diversity of interacting with the homeowners where we worked and learned of their lives and culture in Appalachia.

We experienced their warm hospitality and the hospitality of the Red Bird Mission staff, conference leaders, work crew leaders and local neighbors we met on our field trips out in the community.

What made this mission trip especially unique was the large number of culturally Deaf* members on the team—20 of them! They were part of “Deaf ELM” (ELM stands for Episcopal, Lutheran and Methodist).

This ecumenical organization of Deaf folks and their advocates work together on various common goals of inclusion and empowerment. History was made on this trip when for the first time members engaged in “hands-on mission work.”

Many of our own United Methodist Deaf members are active in ELM. Many were highly-skilled carpenters and craftsmen, and they worked side by side with hearing people who were not fluent in American Sign Language. 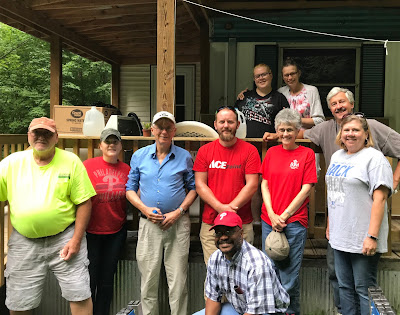 The sign language interpreters on each team kept busy filling in the communication gaps; but slowly people began to figure out ways to communicate and work together. Humor and God’s Spirit broke down many of the walls of communication and difference.

We worked hard and came home tired and dirty each day. But we shared in worship each morning and evening and had lots of time on the porch to socialize, meet new friends and play with the resident cats.

On Wednesday night we were treated to a tour of the Red Bird School and an ice cream and cake party hosted by the Red Bird Conference District Superintendent. On Thursday night we had the “Talent-No-Talent” show starring hearing and Deaf people who shared their gifts of music, storytelling, humor and skits. 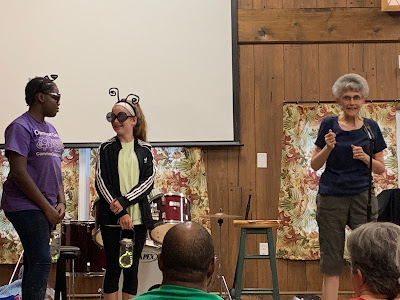 On Friday, our last night there was a closing communion service with the Deaf Community primarily taking the lead. A Deaf pastor preached, beautiful songs were signed and our young people served the Communion elements.

I saw the Body of Christ in Beverly, Kentucky, this week. And none one of us will ever be the same. 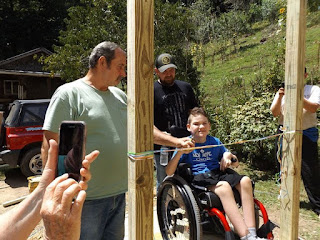 Each of us brings a better understanding of the “other.” Each learned the age-old lesson of I Corinthians 12, that the giftedness of Christ’s Body calls us to join together to do the work of Christ, each one bringing their unique gift to benefit the whole. Everyone had an important gift!

We pray for a day for economic justice for the folks of Appalachia, made poor by the excesses of coal mining and the inability of the rich to share with the poor. These are issues we are struggling with the world over.

Helping the poor on a mission trip is a commendable act of mercy. But justice would call us to bring attention to the inequities that create this poverty and to work for sustainability and empowerment for all. When there is justice there will be peace on earth.

* Deaf culture is the set of social beliefs, behaviors, art, literary traditions, history, values, and shared institutions of communities that are influenced by deafness and which use sign languages as the main means of communication. When used as a cultural label especially within the culture, the word deaf is often written with a capital D and referred to as "big D Deaf" in speech and sign. When used as a label for the audiological condition, it is written with a lower case d. (Wikipedia)

Download the Bishop's PPT presentation about the Red Bird Mission trip and see more of her great photos!
Posted by Bishop's Blog at 3:21 PM No comments:

“On August 25, 1619, the White Lion (pirate and slave ship) entered from the Chesapeake Bay and arrived at Point Comfort, an English settlement…at the mouth of the harbor, 20 nautical miles downstream from Jamestown (Va.).” (www.Project1619.org) Thus began the scourge of slavery in this country that has continued on for 400 years.
According to an article in the Sunday Tribune by Michael Coard, 12.5 million stolen Africans were brought to this country. By the time of the Civil War there were 4 million enslaved people and 1.32 million of them were children. 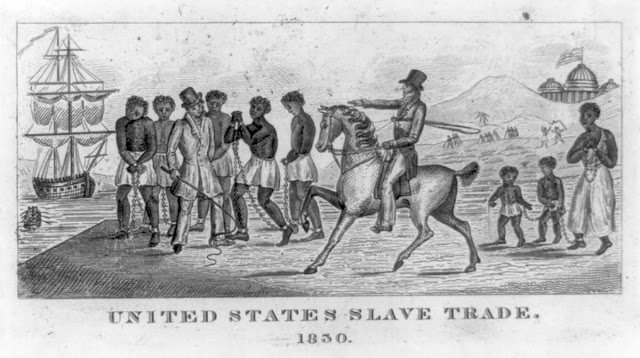 They were sold on slave blocks, treated inhumanely, and whole families were separated: “…mother from daughter, father from son, brother from sister, husband from wife. Following these forced separations, they were scattered across the country. And they would never touch or even see one another again.” (Sunday Tribune, July 28, 2019, p 2-A)
It can well be said that the wealth and success of this country came on the backs of enslaved people. Again citing Coard’s research: Of the 56 signers of the American colonies’ Declaration of Independence, 41 had slaves. Of the 55 signers of the U.S. Constitution, 25 owned slaves. One in six households had slaves in Philadelphia in the 1760’s, and even William Penn himself had three. George Washington had 316 slaves.
The Emancipation Proclamation of 1863 did little to improve the lot of enslaved people. And through the years the scourge of slavery has continued to wound and scar us through Jim Crow laws, stubborn racism and racial inequities, white privilege, white Nationalism and mass incarceration.
August 25 is a date to acknowledge the grievous sins of this nation against not only slaves but also first-nation peoples. It is a time to also recognize the ongoing attacks on immigrants and migrants in this country.
It is a time to remember and reflect on how the hunger for gain and material wealth has caused people to subjugate and enslave their fellow human beings. It is said well in one of our rarely sung hymns: “O shame to us who rest content while lust and greed for gain in street and shop and tenement wring gold from human pain.” (UM Book of Hymns, No. 726) 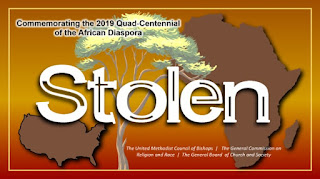 It is a time to commit the church—our church—to name racism when we see it, to work harder to achieve equality and shared leadership and wealth for all, to carefully monitor our elected officials and vote for those who have hearts of justice, and to promote laws that encourage reparations, affirmative action and fair voting rights, policies and alignment of districts.
The road is long and the battle lines are deeply entrenched in this country presently. But each of us can do our part and together the Church of Jesus Christ can make a difference. Start by praying this prayer at church on August 25.
Gracious God of all people, we acknowledge and repent of the grievous acts of inhumanity against people of African descent in our long history. We know that much generational wealth in this country has been in the hands of European-American people at the expense of people of color.
Forgive us we pray and on this anniversary of 400 years of American slavery. We commit ourselves anew to work for justice, peace and equity. Give us the strength to step out in faith to do our part. And give us the courage to face the persecution that comes with justice ministry. This we pray in the name of the lover of our souls and of all: Jesus, the Christ. Amen.

Learn more about this poignant anniversary of a momentous event in American history. Read “Slavery anniversary leads to new discussions,” by Jim Patterson of UM News Service (July 8, 2019)
Posted by Bishop's Blog at 8:00 AM 1 comment: