Beware the Sin of Anti-Semitism

World leaders gathered for a ceremony at the former concentration camp and human extermination center Auschwitz on Monday, Jan. 27. They came to commemorate the 75th anniversary of the liberation of this Nazi German death camp in Poland in 1945, five years after it opened. 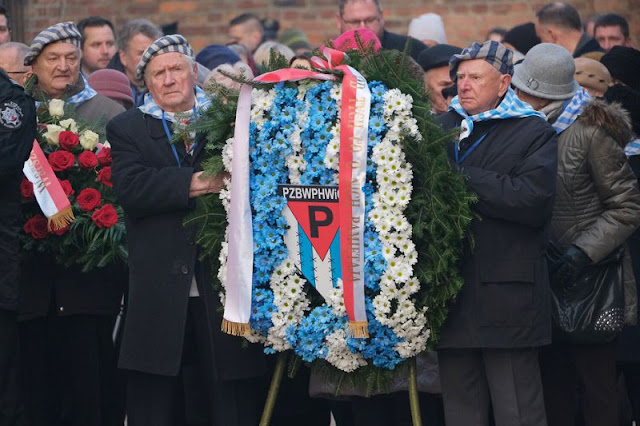 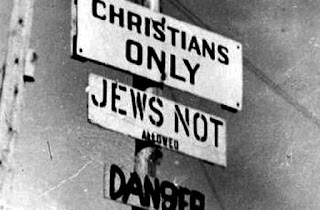 More than 1 million people were killed in gas chambers and by other means at Auschwitz, the vast majority of them Jews. It was the largest of more than a thousand such camps in Nazi-held areas of Europe.

In total, the Nazi campaign to eradicate Jews from Europe claimed more than 6 million Jewish lives before and during World War II.

The hatred of Jews was a passion of German leader Adolph Hitler, who blamed them for the economic depression in Germany at the time. He persecuted them for being different than other German in culture, heritage, faith and appearance. And he held them responsible for the death of Jesus.

Anti-Semitism was around long before Hitler, however, and streams of it continue today. The recent stabbing attack on a group of Jewish people gathered in a home in New York, and the many shootings in synagogues in recent years reminds us that violent anti-Semitism is still rampant and sadly increasing at an alarming rate. The New York Times cites that in New York alone hate crimes against Jewish people are up by 23 percent in the past year. 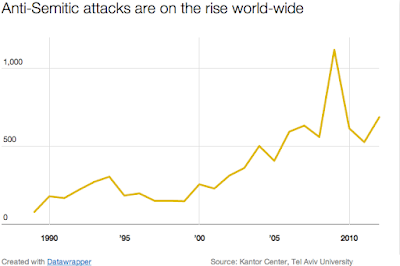 As Christians we need to speak out against this terrorist trend and be quick to challenge racial slurs and all forms of discrimination and violence. Christians need to be careful not to blame Jews for the death of Jesus during Lent and Holy Week.

Be vigilant in your preaching and teaching as you work on the passages where Jesus is in conflict with the Pharisees of his day. The context is different back then, but it can create current ripples of distrust and hated if we don’t make the distinction.

Long ago I ran a deaf camp for children at a United Methodist Camp in Annapolis, Md. This camp continued for the 20 years I served that community, and attendance increased every year as families appreciated the programming.

I made it clear that we did have Bible studies but that children of other faith communities were not forced to attend our classes. They would be provided other activities if they chose not to participate.

One Jewish family sent their bright, capable deaf daughter to my camp and she insisted on coming to the Bible classes. I was teaching the parables of Jesus and thought these would be safe topics. The parable of the Good Samaritan was particularly fun to teach because we used drama and costumes to act out the story. All the children wanted to be the robbers and the donkey. I thought it went well.

I was surprised and horrified when the Jewish girl ran up to her father when parents were picking up their campers and exclaimed in very clear signs “Peggy is Anti-Semitic.” I rushed over and inquired further. I could not believe what I was seeing. 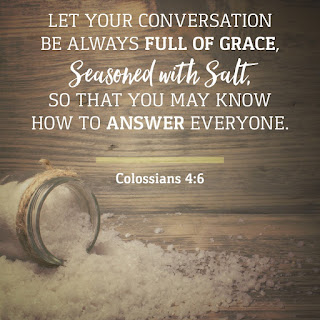 The child explained that when I taught the Good Samaritan parable I signed “The Jewish priest and temple helper (scribe) would not help the hurt man.” According to her that made the Jewish people look bad. I was totally clueless and had never looked at things that way before. I apologized profusely to the family but we never saw them again or their friends.

All this is to say: watch how you talk about people. Casting Jewish people in a negative light, especially as a part of our Biblical narrative, can help spread contemporary hatred, bias and discrimination against them and sadly, dangerous consequences, too. Use your words instead to speak out against the sin of anti-Semitism and racism. Our words have power to hurt and to heal, to cast dispersions or to create community and grace.

Colossians 4:8 reminds us “Let your conversation be always full of grace, seasoned with salt, so that you may know how to answer everyone.” Speak with the salt of zest, preservation and healing.
Posted by Bishop's Blog at 10:29 AM No comments: 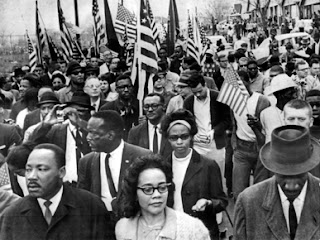 By Bishop Peggy A. Johnson
As we commemorate the birthday of Dr. Martin Luther King Jr. over the past week, I have pondered his life and witness, and the word “courage” comes to mind.
Dr. King had incredible courage to lead the Civil Rights movement that ultimately brought much good and justice to the United States and the world.  His and his family’s lives were constantly in danger from death threats because of his justice work.
The majority of white Americans in power did not want to see equality in this country, and the pushback was swift and severe. However, I believe that one of the most difficult places to have courage is in the presence of one’s own peers.
When Dr. King was invited and came to Birmingham for a campaign he landed in jail for a time. There he penned his famous “Letter from the Birmingham Jail.”  This profound and poignant letter was addressed to clergy who had criticized the timing of the nonviolent protest plans he had for the city. 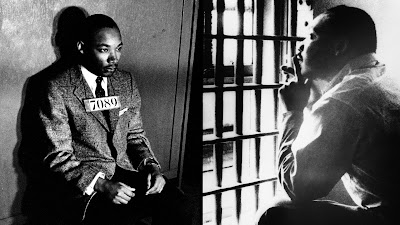 King writes to them, “Frankly, I have yet to engage in a direct-action campaign that was ‘well-timed’ in the view of those who have not suffered unduly from the disease of segregation.  For years now I have heard the word ‘wait!’ It rings in the ear of every Negro with piercing familiarity. This ‘wait’ has almost always meant ‘never.’  We must come to see, with one of our distinguished jurists, that ‘justice too long delayed, is justice denied.’ We have waited for more than 340 years for our constitutional and God-given rights.”
Criticism that comes from one’s fellow peers can be even more painful than the critiques of one’s usual dissenters.  To do what is right anyway can mean that one often stands alone, or sits in jail, or ultimately loses one’s life.
King has taught the world that to do what is right is to not delay action in the face of injustice and oppression. It means going against the advice of well-meaning colleagues at times and being willing to go it alone. 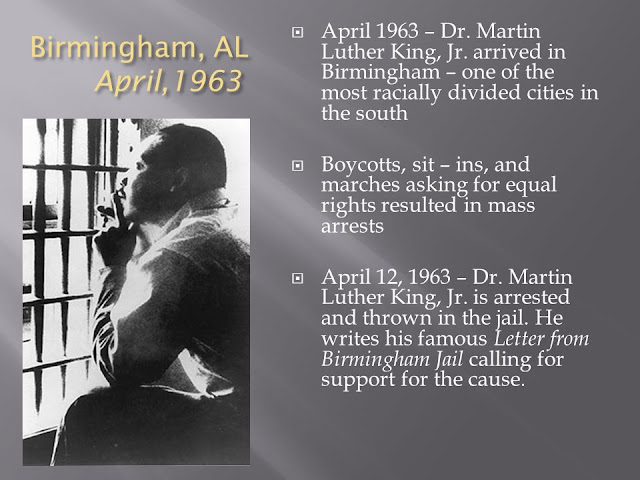 It is so very tempting to put off or ignore the call to speak truth to power or to allow pushback to silence our voices.  The stakes are high. Suffering is assured.  What would the world look like today if King had backed down?
During this month, and especially during these times, I give thanks for all people of courage who do not wait but are willing to go forward and do what’s right, even without the support of their peers.
Where in your life can you show this kind of courage?
Posted by Bishop's Blog at 3:26 PM No comments:

Eye of the Needle: A Case for Unburdening in 2020

Jesus said “it is easier for a camel to go through the eye of a needle than for a rich man to gain eternal life.” (Matthew 19:24). Scholars have contemplated the meaning of this for ages.
Was he talking about a sewing needle, which is a hyperbole?  A camel and a sewing needle are impossibly out of proportion. It is similar to the analogy that Jesus made about removing a speck from our neighbor’s eye with a plank (Matthew 7:3-5). This extreme is used to drive home an important spiritual lesson. 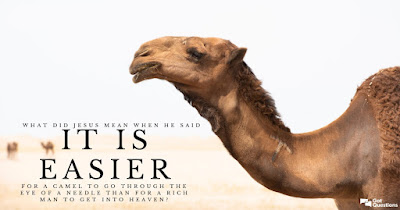 Or maybe there was a different explanation.  The “needle gate” was an actual thing, supposedly in ancient Jerusalem, that was so small that a fully loaded camel could not get through unless the packages on its back were removed. 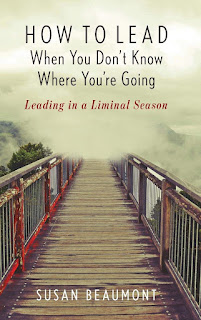 In her book How to Lead When You Don’t Know Where You’re Going: Leading in a Liminal Season, author Susan Beaumont suggests that “congregations must shed what is non-essential (in transitional times). After crossing the threshold, we are pulled forward and upward into a space of new possibility.” (p. 117).
What is the most essential thing we should be doing in 2020?  Sharing the Good News of Jesus Christ in word and deed comes to mind.  Jesus teaches us that we are to “Seek first the Kingdom of God and His righteousness, and all these things shall be added unto you.” (Matthew 6:33).
In this New Year, I suggest that we engage in an inventory of our personal lives and church ministries.  What kinds of baggage needs to come off so that we can move into new possibilities?
Consider our consumer-driven obsessions that keep us bound to credit card bills and debt. What health issues need to be addressed that are slowing down our effectiveness and well-being? Are we holding on to the “baggage” of bad eating and exercise habits?
Have we considered our church’s use of funds and its carbon footprint?  Are our church burdened with ways of doing things and decision-making traditions that have become a burden?
How about attitudes? Where are we holding on to attitudes of despair and un-forgiveness that need to be released?  Despite the many troubling things we see in the world today, God is still working wonders. The New York Times posted a list of “22 Things That Happened for the First Time in 2019” (Your Weekend Briefing, December 29, 2019)  This year there have been significant discoveries that can cure HIV, a malaria vaccine has been developed and is being tested, and there is progress in solving the dilemma of peanut allergies. In addition NASA celebrated its first all-women’s space walk; and women imams led prayer services for the first time in France.
God continually pours out blessings on us, and we need to be evangelists for the positivity of God’s Spirit working mightily in this world, and not fixate on negativity.  When we take off the baggage of despair and unresolved grudges we become free to enjoy the gifts of God.
Our churches too can take off the useless baggage of looking back on how things used to be. Instead they can look forward to the new opportunities that God is presenting in this day and age.
So, the possibilities are endless as we unburden ourselves of self-imposed weights of sin and attitude. Then we can more freely head straight through the “needle gate” to our God-ordained future in 2020.
Wishing you and yours a New Year full of God’s abundant blessings.
Posted by Bishop's Blog at 8:54 AM No comments: