For the message about the cross is foolishness to those who are perishing, but to us who are being saved it is the power of God. 1 Corinthians 1:18 (NRSV) 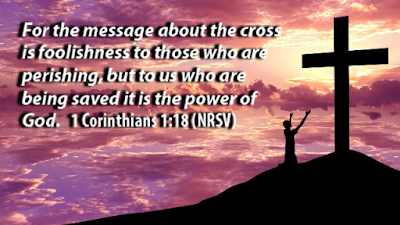 No one wants to be called a “fool.” In American Sign Language the sign for “fool” looks like a person (represented by a forefinger) being struck with a fist of the other hand. Indeed, fools might be considered fortunate if only their egos are bruised.

The word “fool” conjures up images of weakness, gullibility, and stupidity. But like many things about the counter-cultural, and at times counter-intuitive, faith that we practice, as true followers of Jesus Christ we can gladly—and wisely—proclaim that yes, we are fools.

The Apostle Paul wrote to the Corinthians: “We are fools for the sake of Christ….When reviled, we bless, when persecuted we endure, when slandered, we speak kindly.” (I Corinthians 4:10 a, 12 b)

Easter this year falls on April Fool’s Day (offering a second 2018 coincidence, after Ash Wednesday fell on Valentine’s Day February 14). The secular occasion’s origins are also religious. April Fool’s may go back to the time of Pope Gregory XIII, who changed the Christian calendar so that the first day of the year was January 1 and not April 1, as had been the case under the Julian calendar. Some people back then continued to follow the old calendar. Those who did were known as “April Fools” and were subject to tricks and ridicule. 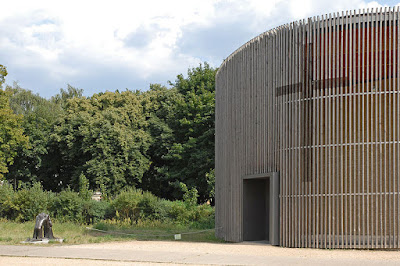 In Berlin there is the Chapel of the Reconciliation. It was rebuilt after the reunification of Germany and the destruction of the Berlin Wall that divided East and West Germany from 1961 to 1989.

Originally, there was a much older church building located in that same space, which was built in 1894. It was destroyed in 1985 by the Communist government because this abandoned church blocked strategic security site lines on the Berlin Wall. The church was in the way.

During reconstruction of the chapel in recent years, excavation of the rubble from the original church miraculously revealed the entire chancel piece that use to hang over the original altar. It was still intact. Today it hangs in the center of the reconstructed chapel, giving the this sacred space a poignant connection between the past and present.

Grateful for the Congo Partnership 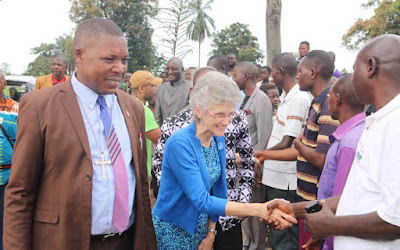 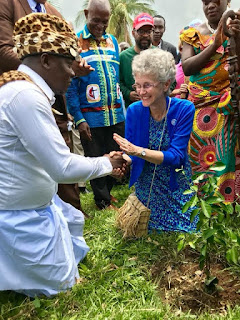 I returned in February from a 10-day mission trip with an eight-person team of clergy and laity from both the Eastern PA and Peninsula-Delaware conferences.  Our Philadelphia Episcopal Area has been in partnership with the Central Congo Conference for over a decade, and there is much to celebrate.

This was my third trip to the Democratic Republic of the Congo (DRC) and my second trip to the Central Congo Conference. Each time I continue to be amazed at the work of God that is happening among faithful people there. What did I see? 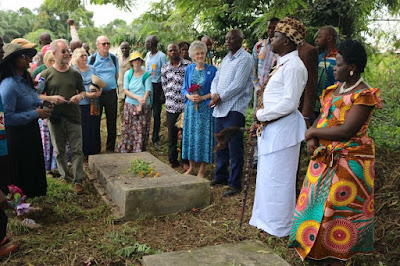 I am grateful for the Congo Partnership and to all who graciously supported this mission trip with prayers and financial support. There is still much work to be done, and even the smallest gift goes a very long way in the Congo.  I encourage every church to consider putting the Congo Partnership into their budget as a regular line item and watch God work!

This is a solid project with a long track record of faithfulness and productivity that all of us can be proud to support.  As God blesses us, let us continue to be a blessing to the people in the Congo.

Malala Yousafzai: The power of one voice 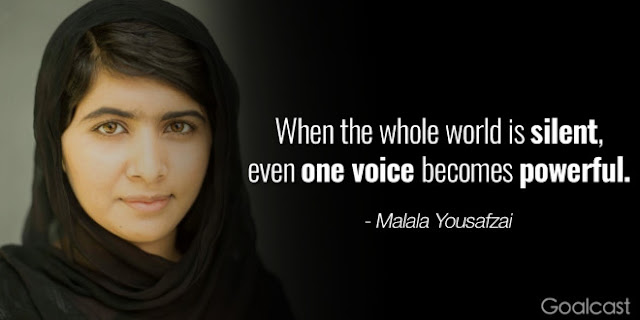 Malala Yousafzai was born in 1997 and grew up in the northwest Swat Valley region of Pakistan. As a child she was fortunate to have access to education because her father, Ziauddin Yousfzai, operated a private girls school in her hometown. This part of Pakistan was under Taliban rule and they did not believe that girls should have an education.

When she was 11 years old Malala wrote a blog essay for the BBC British television network describing what it was like living under Taliban occupation. This story appeared in a New York Times documentary, and it got a good bit of attention in print and on television. She was nominated for the International Children’s Peace Prize by Bishop Desmond Tutu.

Unfortunately, all this attention made her a target of the Taliban. On October 9, 2012, she was attacked and shot in her head by a masked Taliban gunman. Miraculously she survived the assassination attempt and was sent to England for treatment.

This horrific act of violence against a young girl created overnight a huge outpouring of support for her cause. After her recovery she became an international speaker for the rights of education for all children, especially girls.

‘Blowin’ in the Wind’ 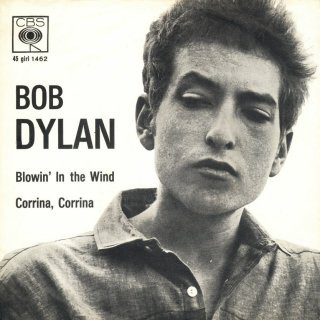 I remember buying a Peter, Paul and Mary album when I was in 7th grade. I sat in the basement with my friends that summer, and listened to every cut of this folk music record over and over again.

It was during the time of the Civil Rights movement and the Viet Nam War. Songs about justice and peace were in the air. No song on that album struck my young heart more than Bob Dylan’s song “Blowin’ in the Wind.” It was asking all the right questions:

“How many times must the cannon balls fly before they’re forever banded?
“How many ears must one man have before he can hear people cry?”
“How many times must a man turn his head pretending he just doesn’t see?”
“How many deaths will it take till he knows that too many people have died?”
With each verse, the wistful refrain in three-part harmony replied: “The answer, my friend is blowin’ in the wind, the answer is blowin’ in the wind.”

What did that mean?  I was never quite sure.

Maybe the answer was as obvious as the summer wind blowing through the trees in the backyard. Or maybe it was something more mysterious and unattainable. It seemed to me at the time that the grown-ups could be doing more about the troubles in the world with all its unrest, violence, war and inequality.