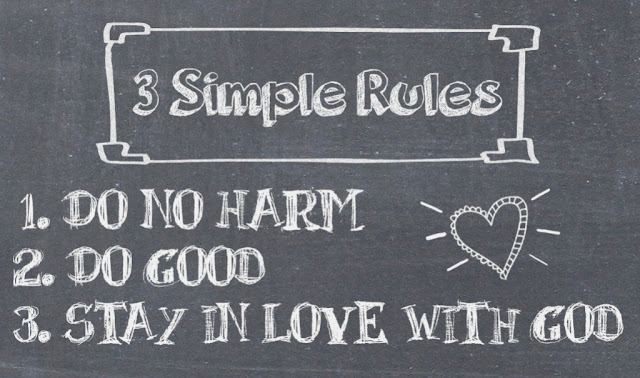 As The United Methodist Church prepares for General Conference 2020, numerous legislative petitions flooded in by last week’s deadline for consideration. Certainly, we should always have as the backdrop of our discussions and deliberations the General Rules of John Wesley: “Do no harm, do good, and stay in love with God.”
If we would be influenced by these basic three rules in everything we debate and vote on at General Conference—and even more so, in everything we do or say daily as Christians navigating our way through this complicated world—what a better world this would be!
Wesley was a man of many interests, and medicine and health was one of his priorities.  “Do No Harm” is reminiscent of the ancient Hippocratic Oath that has for centuries guided the medical profession.  One of the lines in the oath states, “I will abstain from all intentional wrong-doing and harm, especially from abusing the bodies of man or woman, bond or free.” 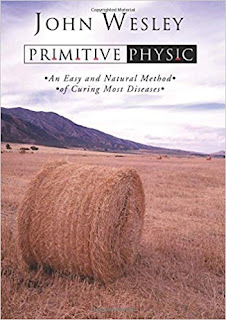 Sounds like “Do no harm” to me; and indeed, Wesley advocated for the things that make for healthy bodies and minds. He knew it was part of our spiritual responsibility as Christians.  He even wrote a home remedy book titled “The Primitive Physic” to aid in the healing of many common ailments.
So it would behoove us as United Methodists to live by this important law as we consider addictive substances and their place in society.  The practice of vaping is front and center in the news now, as serious cases of lung disorders are happening across the country and leading to increasing, tragic deaths.
Publicity is growing with bans on the sale of all vaping products by mega-store chain Walmart and the state of Massachusetts, as others consider doing likewise. Lawmakers are studying advertisements and the offering of various flavors of vaping products because of their strong attraction to young people.
People are up in arms about vaping, it seems, and rightly so. Even though it is credited with helping some turn away from addictively smoking tobacco products, it is nonetheless killing people.  We may possibly see this young industry put out of business altogether as the pressure against it seems to be rising.
So why are we not as concerned about the prevailing and pernicious legal drugs of tobacco and alcohol?  The detrimental and horrific effects of these products have long been proven.
I don’t know a person who has not been affected by the tragedy of these two addictions in their families.  My great-grand-father used to beat my grandmother with a buggy whip because of his alcohol addiction.  My best friend lost her father to lung cancer from years of smoking. 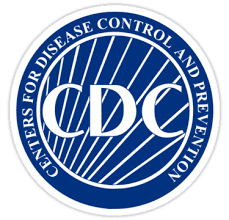 According to the Centers for Disease Control and Prevention, every day “29 people in the United States die in motor vehicle crashes that involve an alcohol-impaired driver.  That is one death every 50 minutes.  The annual cost of alcohol-related crashes totals more than $44 billion dollars.”
Think what we could do with $44 billion dollars?  What a waste! What injustice, especially when you consider that many of the dead people were innocent victims of drivers under the influence.
According to the American Lung Association, an estimated 154,050 Americans died from lung cancer in 2018. Most of this was smoking-related.  Why are we so pumped up about vaping while the legal stuff is killing people at epidemic rates?
The answer is simple: alcohol and tobacco are multi-billion-dollar industries with profits and lobbying efforts that speak loudly in our consumer-driven world of greed and gain.
What does The United Methodist Church say?  According to our Social Principles:
“We affirm our long-standing support of abstinence from alcohol as a faithful witness to God’s liberating and redeeming love for persons. (Par. 162.L)   “In light of the overwhelming evidence that tobacco smoking and the use of smokeless tobacco are hazardous to the health of persons of all ages, we recommend total abstinence from the use of tobacco.”  (Par. 162.M) 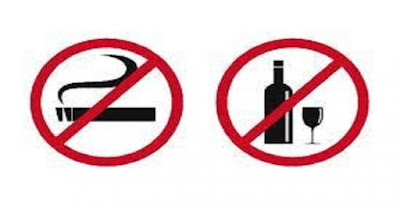 So, yes, do no harm.  Join the bandwagon of people who are speaking up against vaping. But don’t stop there!  The elephant in the room is the huge, high-profit industries in this country that are profiting from rampant addictions that lead to suffering, sorrow and death.
What a world we would have if personal pain and trauma issues were handled in spiritual and therapeutic ways, rather than masking and exacerbating them with addictive substances!
How can you, your family and church, your voices together be used to speak out against this massive harm?  Silence is complicity.  Lead by expression—your words—and by example—your active witness.  Your voice can make a difference.
Posted by Bishop's Blog at 1:48 PM No comments:

Listen to your children 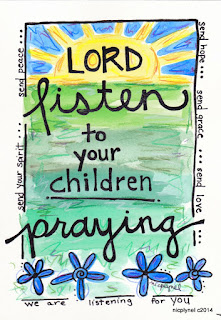 I have always loved the praise song by Ken Medema titled “Lord, Listen to Your Children.” Its refrain goes like this:

Love, power and grace are the things that God has for his children, children of all ages. In recent years our chronological children are speaking to this world about things that are happening that need the attention of all of us. Front and center are the issues of gun violence and climate change.

One does not have to wait very long for the next mass shooting. They occur now almost weekly, and one begins to wonder if it is safe to go shopping or to an open air concert, theater or country fair. Always there is the fear of being the next victim of these acts of horror.

Grandmothers are buying their grandchildren bullet-proof school backpacks. I raised my children in a more innocent time, and they never experienced “active shooter drills.” But children today are going to school with an undercurrent of fear. 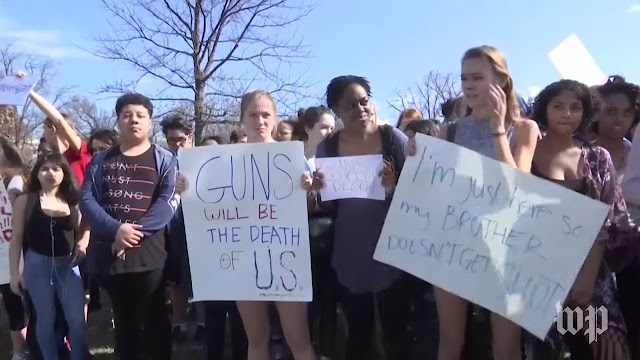 Some of our children went to Washington DC after the Parkland, Fla., school shooting. They begged our legislators to do something about this crisis. I hope people will listen to our children. I pray that God’s love, power and grace from above will inspire our leaders to address this urgent, complicated issue honestly and effectively. Let’s be in prayer about this and add our voices to those of our impassioned young advocates!

Recently, a spunky Swedish 16-year old named Greta Thunberg journeyed across the Atlantic Ocean on a yacht and arrived in New York City to continue her crusade to help save our planet. She is calling for the world to address with more urgency the issues of climate change that are causing catastrophic weather systems on the planet. 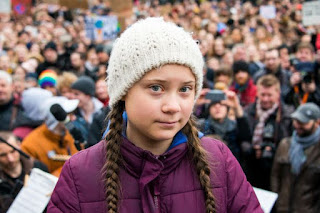 Greta’s critics call her “crazy” and say she is an alarmist who has “no sense of humor.” There are even bumper stickers with expletives decrying her crusade for the world to wake up and do more to save itself. But she has created a groundswell of support among many, and her voice continues to be heartening.

She has Asperger’s Syndrome, but she calls it her “super power” for the work she is doing. A Nobel Peace Prize nominee, she has inspired many other young people with her courage and conviction. I pray for her relentless voice!

The alarming increase of category 4 and 5 hurricanes could be construed as a wake-up call. Some of our churches and their cemeteries on the Eastern Shore of Maryland are imperiled by rising sea levels. I hope people will listen to our children and to Greta’s message and take some personal steps to care for the environment. Let’s be in prayer and join their active, conscientious witness on this matter as well. 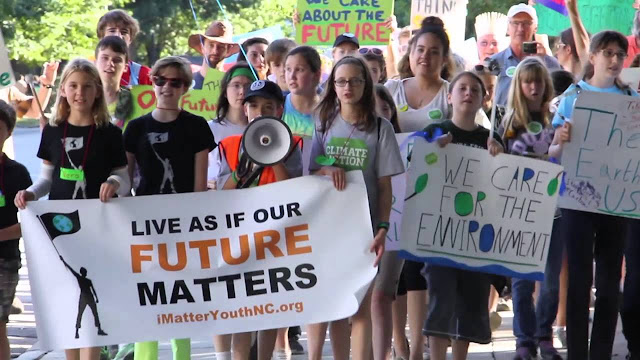 Our children want what we all want: love, power and grace for our world. Only God is the true source of these intangible but very real forces that can conquer our mammoth challenges.

God’s spiritual resources are the answer to our fear, violence and over-consumption. Could God be calling us to do more about the things that are killing our people and destroying our planet?

Are greed, apathy or lack of creativity taking center stage? Or are we unwilling to partner with those we consider “the other,” those who are different from us? What world are we leaving for the next generation if we sit by and do nothing? Do we care?

I urge us all to listen to the children and youth in our families, churches, schools and communities. God gives them messages that we need to hear. As we work together lovingly on these challenges, more good can be accomplished. As we call upon the love, power and grace of our Lord, there is no telling what good can happen and how we might be transformed.

Posted by Bishop's Blog at 8:51 AM No comments: