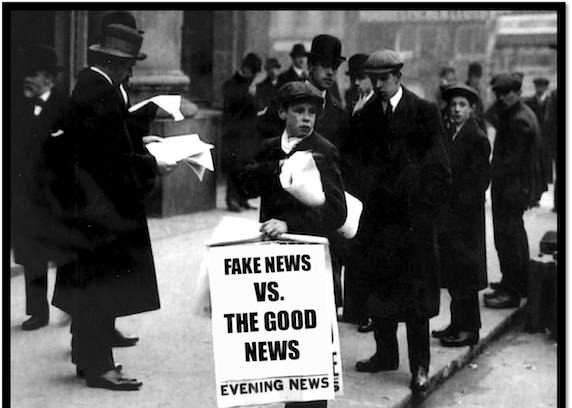 There is a lot of talk recently about “fake news” with various reports of false information being projected as truth in our media outlets.
During the U.S. presidential campaign there was a fake news account of a child abuse ring happening in a pizza parlor in Washington, DC, that was allegedly the work of one of the candidates. This story prompted a 28-year old man to drive six hours to investigate and retaliate.
He came into the pizza parlor firing an assault rifle because he believed the story was true and was trying to help the abused children. This is an extreme example of what can happen when fake news is out there posing as truth.
Fake news is not a new thing. On that first Easter Sunday the tomb was empty and guards witnessed the resurrection. The Gospel of Matthew records that “for fear of him the guards shook and became like dead men.”
Later that day these same guards met with the chief priests and explained what happened.  Then the fake news was invented. The guards were bribed to tell people that Jesus’ disciples came by night and stole his body while they were asleep.
Fake news are manipulative lies often founded on fear and hatred that seek to spread the negativity of misdeeds, death and despair.
Good news, on the other hand, is the power of God to transform death into life, turn despair into hope and cast out fear through perfect, divine love. Jesus’ resurrection from the dead is the best news ever witnessed in the history of humankind.
Because Jesus lives, we too can live forever after our mortal death. We can live our lives for Christ fearlessly and hopefully now because of this promise of resurrection. 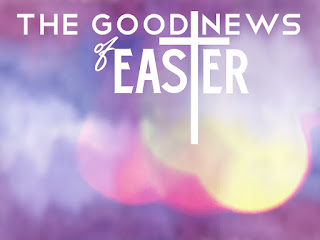 Each of us has a choice about Jesus: either we believe he arose from the dead, and we inherit his gift of eternal life through faith; or, we believe death is the last word, and life here on earth is all there is.
Good news or fake news. If you have chosen the “good news” path, then it is your responsibility to pass on this good news, to share this gift, that others may know of this ultimate blessing.
I see Facebook postings of good news every day: new grandchildren, graduations, birthdays, vacations, weddings and engagements. Clearly, good news is meant to be shared!
When was the last time you told someone that Jesus Christ is the Lord of your life and that you live for him because of the good news of his resurrection and yours?  That is the testimony people need to hear so that they might seek to learn about Jesus and come to have faith in him. That’s the stuff new and revitalized churches are made of: souls delivered from bondage, hopefulness found in the midst of loss and tragedy, loving acceptance that can heal loneliness.
Moreover, don’t just tell the good news. Be the good news. How? By the way you act in this world, by the kindness you offer, the generosity in your giving, the forgiveness you offer no matter how difficult, the Christian value of inclusiveness that you honor among people who are different from you.
Be a “sermon in shoes” wherever you walk, by your active testimony of holy living.  Fake news produces confusion, hatred and fear.  Good news instills courage and hope, life and love that goes on and on and on into eternity.  Celebrate Easter by proclaiming to all the good news—outstanding news—of Jesus Christ in word and deed.

Posted by Bishop's Blog at 3:24 PM No comments: