Healing the reproach of women 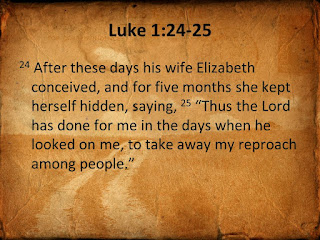 During the Advent season we often study the life of John and Baptist and his godly parents, Zechariah and Elizabeth. During her pregnancy with this holy child, Elizabeth exclaimed, “Thus, the Lord has done for me in the days when he looked on me, to take away my reproach among people.” (Luke 1:25).

What was her reproach? Elizabeth was unable to conceive, and no doubt, she was disdained for this by her society. The worth of a woman in her world and in many cultures depends on their ability to bear children. In some societies male children are the ones that count the most; so not even a female baby is good enough.

A woman who has no children is at fault for some reason, even though modern medicine has proven that the husband can also be the cause of the family’s infertility. In the Bible we read of a few other women who faced reproach and were desperate for a child: Sarah, Rebekah and Hannah, to name a few.

In our society women are not under the same depth of condemnation if they do not conceive. Women have careers and many kinds of other interests than motherhood. However there is still unhappiness and social pain when a couple who want children cannot conceive for some reason.

Reproach of women is not lost on our society. The practice of sexism is a form of reproach. Still today, women get paid less than men for the same work. Most corporations have men as their CEO’s; and sexual abuse and domestic violence mostly happens to women.

Purple or Blue: What color is your Advent? 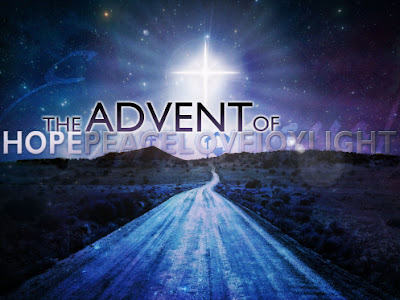 When I go to various churches on Sundays during the season of Advent I always ask the pastors, “Do you wear purple or blue stoles?” 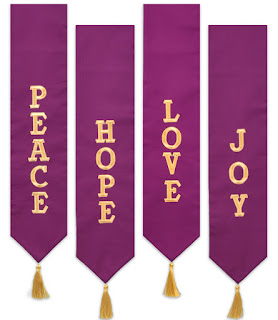 In recent years we have seen the color blue more and more, in addition to the traditional purple. According to www.umc.org “The Christian year has two cycles: the Christmas Cycle (Advent-Christmas-Epiphany) and the Easter Cycle (Lent-Easter-Pentecost).

It goes on to say that the color purple represents both royalty and penitence, while blue symbolizes hope. Purple and blue are both acceptable colors to use during Advent.
(“Why are there different colored altar cloths?”)

Upon further examination, I found that the shade of blue for Advent is often a deep, dark blue. It is like the color of the predawn sky just before the sun rises. It brings with it the meaning of expectation and anticipation of the coming of the Messiah.