My memorable visit to Smith Island

Perhaps the most unique appointment in the Peninsula-Delaware Conference or maybe even the entire connection is the Ewell-Smith Island Charge, located on the Salisbury District.  This three-point charge (Calvary –Rhodes Point, Ewell and Union – Tylerton) is served by the Rev. C. Richard “Rick” Edmund, and he is beginning his 15th year there as pastor.  It is accessible only by a 45-minute boat ride and every week
Pastor Rick goes by foot, by boat and by car to his churches, making the entire circuit each Sunday.  My husband Mike and I traveled there for a weekend in June and were joined by District Superintendent, Rev. Fred Duncan and his wife, Pat.  We were treated to some amazing hospitality.  These people are master chefs!  Imagine having crab omelets, Smith Island cake, maple-cured bacon, home-made rolls and peach ice cream!
Everyone there travels around by golf cart, and there is a general store, a museum, an elementary school (with only 12 students), a few bed and breakfasts, and a lot that has to do with the work of watermen.  The main business on the island is of course catching crabs and oysters.  Everywhere you look there is water and fields of reed grasses and cranes and gulls gliding over-head.  No city noise, no glaring lights here….just sheer silence and the voices of nature.

Many generations have lived on Smith Island and everyone is like one large, extended family where people take care of one another. Each does what it takes to maintain the services and functions needed for simple and gracious living, be it collecting money for the light bill, picking up trash, working at the general store or running the boat taxi to and from the mainland.
Last winter the boat taxi, bravely transported a very sick woman, accompanied by Pastor Rick,  to the mainland in the middle of a blizzard with 70 mph winds.  The boat captain, Otis, said there was zero visibility and he depended solely on GPS to find the shore.  They were given a citation by the state for their act of bravery on behalf of the woman who needed emergency care.  It’s the kind of commitment that people have for one another on the island.


My goal for visiting the Smith Island was to spend some time at the churches there, and I was not disappointed.  Early in Methodist history an evangelist named the Rev. Joshua Thomas sailed up and down the Chesapeake Bay preaching the gospel.  These churches were some of the fruits of his labors.  I was very impressed by the deep love for God in the hearts of the United Methodists there.
Ewell UMC begins its service each Sunday with a half-hour of praise and testimony.  One after another, people stand and tell others what God had done for them the past week, and they give thanks for the many miracles of healing and restoration in their lives after illnesses or trouble.   I wish all of our churches would do that, as testimony strengthens our faith.


Throughout the morning services I attended people shared their faith in God during prayer time as well.  The man who took us by boat to the second service in Tylerton was a waterman. He told me earning a living by crabbing is hard work, and sometimes folks would predict a lean year. But he said, “God has never let me down, God has always taken care of me.”
Maybe that kind of trust is why churches on the island pay their apportionments in full each year.  Some pay before year’s end, even when they don’t know how the money will come in.  They trust in God to take care of their church, and they do their part.  I wish that for all of our churches, because it is not faith unless there is obedience no matter the circumstances.
Each church had a choir whose members sang with all their hearts and a pianist who could roll out the gospel songs as well as any concert hall virtuoso.  On Sunday night there was another church service, led by the laity with more singing and testimony and even a poem or two read.  The church is the center of the community, where people gather to discuss community concerns as well as things eternal.
They have an active historical society, and after Hurricane Sandy the community lobbied the government for recovery funds instead of opting to receive state funds to buy out the residents.  Christians need to be living their faith in church and in the community, and these folks don’t draw the line between the two. 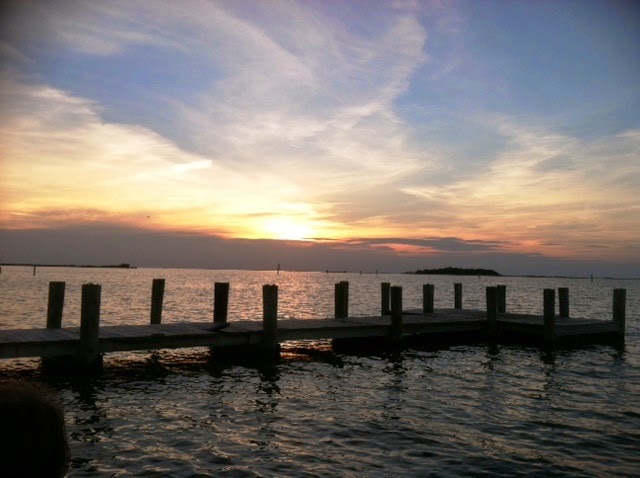 The weekend I visited the island there was a special treat: The Reminders, the local singing trio of John Thompson, Kevin Short and Ed Shockley, sang at each church and also performed an outstanding gospel concert in the afternoon.  They sang in the camp meeting pavilion where there is an annual week-long revival.  We sat on the long wooden benches and there was plenty of sawdust around our feet.  Among their many fine renditions the Reminders performed an original song, “The Waterman,” that spoke about the lives of people who live on the Chesapeake Bay.


“I am a Waterman, that’s all I know” was repeated again and again in the chorus of the song.  I would say the life of a waterman is enough to know….respect for God, nature, family and community.  If everyone would just know that the world would be a better place.  God bless the people on Smith Island and I encourage everyone to go over there and take a look.  You will come home well-fed: physically and spiritually.
Take a look and listen at The Reminders singing “The Waterman." http://m.youtube.com/watch?v=B97QruRxjYk
Note: Having completed my recent leave, I will be visiting the United Methodist Church's East Congo Episcopal Area from August 12 until August 22.  Please keep me and the people there in your prayers.  Contact Amy Botti at abotti@epaumc.org if you need assistance from my office.
Posted by Bishop's Blog at 5:12 PM