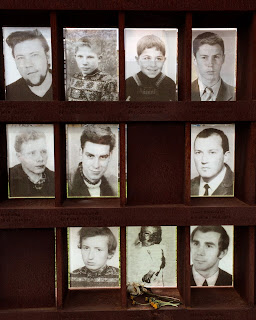 
During a potluck lunch at the German-speaking church where I preached I sat around the table with Dr. Debora Weber-Wulff, a professor at the University of Applied Sciences, located in the former East Berlin area.  She said there is a “wall in our heads” that still exists even though the physical wall has been removed.  The towering wall that remains now is one of economic disparity, prejudice, and distrust.  Those who lived under the communist regime are less able to get good jobs and affordable housing.

The professor hopes for a day when the two sides could actually work together more for the benefit of all.  The church in West Germany is engaged in this ministry of wall-removal from heads and hearts, and I thank God for their witness.

One such ministry is happening at a UM church that has an outreach to Muslim children in an area of East Germany.  The church provides food, activities, homework help and recreation for low-income families.  This ministry is a way of breaking down interfaith walls as well as providing economic support.  The director of the program quoted a young Muslin child who said, “If I am ever in trouble I know that the church will help me.” 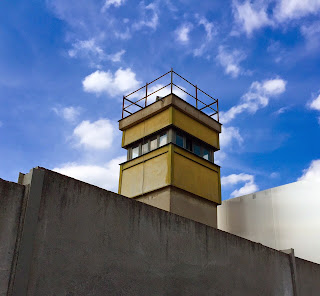 Another UM Church that is dismantling inner “walls” is building a ministry with refugees. Members welcome people from Syria, Afghanistan, Iran and Iraq, while offering them food, housing and friendship. When asked about their ability to speak other languages at the church, the faithful Berlin Methodists say they speak the “language of love” and everyone understands.

Still another church has a ministry with people who are recovering alcoholics.  They are helping restore these often homeless people to sobriety and also restoring them to a sense of community through support groups and AA meetings.

Jesus came to break down the walls of separation between people and God.  To paraphrase Robert Frost, there is someone who does not love a wall.  And that someone is God.

Here in the United States we live within many walls.  We have walls of race and ethnicity, gender, economic disparity, theological stand-offs around our social issues, and interpersonal strife.  Walls create nothing but pain.  Walls create unhealthy havens where we can hold on to our prejudices and preferences and not learn from the “other,” nor grow mutually from the interaction and sharing that wall-removal can bring.

Think about walls that you, with God's help, can separate, weaken, pull apart and maybe even knock down.  How can God use you to “spill the upper boulders in the sun and make gaps even two can pass abreast.”

This is the wall-removal work that Christ did for us through his sacrifice for grace, "for he is our peace; in his flesh he has made both groups into one and has broken down the dividing wall, that is, the hostility between us." (Ephesians 2:14, NRSV). And it is the work he calls and equips us to continue doing in his name, both at home and around the world.