Pressing on in the race to end malaria

“I press on toward the goal," the Apostle Paul wrote to the Philippians, "for the prize of the upward call of God in Christ Jesus.”  (Phil. 3:14)

Indeed, the Christian life is like a race. The opportunity to do greater and greater works for God is ever before us. And we strive toward the goal of Christian perfection, fueled by our faith in Christ's promise. 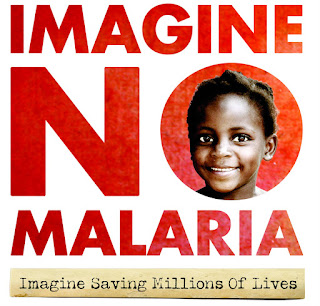 The Imagine No Malaria (INM) campaign is pressing on toward a goal as well.  As United Methodists we have pledged to raise $75 million dollars to fund efforts that should effectively wipe out the disease of malaria in our lifetime! The Eastern PA Conference has given much toward this effort in the last 8 years.

In fact, you may recall that the original Nothing But Nets campaign that launched in early 2007 was inspired by the efforts of then-6-year-old Katherine Commale of Hopewell UMC.  Aided by her mother, her church and her community, she initially eventually raised more than $135,000 to purchase and donate insecticide-treated bed nets to protect children and adults in Africa from mosquitoes that spread malaria. Our conference responded by raising more than $250,000.

United Methodists have not yet achieved our goal, but we are pressing on. So far we have raised $66 million. We are getting close. And it seems only right that we here in the Eastern PA Conference should finish what we started.


We have done so much with the funds raised so far. According to the Imagine No Malaria office we have:


We have made a huge difference in the lives--and the faith--of our sisters and brothers in Africa. Malaria has taken millions of precious lives, mostly children, from families, churches and communities. Can you imagine the disappearance of this dreaded disease from their lives? I believe they can imagine it, many for the first time.

At $66 million, we're only $9 million short of our goal. As a popular gospel song says, "Lord, I'm runnin', tryin' to make a hundred, because ninety-nine and a half won't do." Let’s finish this race and see to it that the UMC completes its pledge of $75 million dollars by the time we go to General Conference in 2016. What a beautiful triumph that would be, a powerful reminder of the great things we can do as a people of God connected in mission together.

We will launch our new campaign this summer; and we ask that you and your church join us in fervent prayer. We want full participation from all our districts, churches and mission connexions. And we hope that for many it will be a community effort, not just a church effort. Generating broad awareness and participation in this campaign is more important than the amount raised.

Our conference can play a big role in helping our entire church push this effort across the finish line. Please give generously and think creatively about how you can raise the needed funds.  Many thanks to all who have done, and will do, wonderful events to educate people and raise the needed support. As we strive to finish this mission effort that we started, we are truly participating in the “upward call of God in Christ Jesus.”