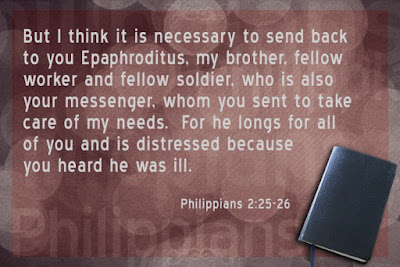 As I ponder the events of 2015 and look forward to 2016 I give thanks to God for each one of you.  Thank you for your faithful service to the Lord Jesus and the many ways you sacrificially give of yourselves so that people might experience the love of God.  Thank you also for the many Advent, birthday and Christmas greetings I have received and for your prayers and support.

As we anticipate another year of life and service to God I call you to consider making 2016 the “Year of Epaphroditis.”  During December I have been studying the letter of Paul to the Philippians, and no matter how many times I have read it there is always something new and fresh in the Word that informs our present time. 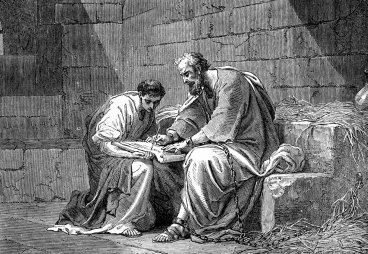 Epaphroditis was sent by the Christians in Philippi to visit Paul, who was in prison for preaching the Gospel.  In those days a person in prison was not afforded daily rations of food.  The only sustenance came if someone from the outside brought in food and money.


Epaphroditis was the agent sent to do just that.  More than food and monetary support, he brought the prayers and greetings of the Philippian people.  Epaphroditis was a flesh-and-blood person to sit with Paul, talk with him and support him during this difficult time of incarceration.

Paul called him “my brother, co-worker and fellow soldier” (Philippians 2:25), and indeed this described him well.  Both he and Paul shared the same loving Parent, the same ministry of proclaiming the Gospel, and like soldiers, both were in a place of suffering. 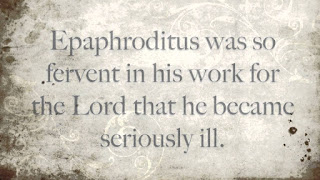 Paul was suffering as a detainee in prison, and Epaphroditis became ill--apparently gravely ill--during his visit.  Paul mentioned that he almost died while on this mission.  It is unclear what kind of illness he was suffering but it was such that Paul was greatly relieved when Epaphroditis recovered.  This incident of the healing of Epaphroditis brought joy to Paul; but more than that, it was a shining example of one who is willing to be a risk-taker for the Gospel.

So in 2016, a new year full of mysteries yet to be revealed, I ask that you consider following in the footsteps of Epaphroditis.  Offer not only a verbal messenger of love to people who are on the margins of life, but bear that message in a vital, visual ministry of presence that shows God’s love and care for them.

Give practical gifts for the body and spiritual words of encouragement.  Be willing to take risks and even suffer for the cause of Christ, but not necessarily through physical calamity.  There is the also suffering or risk of rejection and persecution, as you “speak the truth in love.” 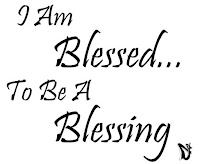 There is the suffering of having fewer resources for yourself so that others can have more.  May we also be willing to offer our disappointments and thwarted plans up to the Lord, who will transform them ultimately for a better purpose.

But when we receive God's gifts in whatever form, then we must know that we are blessed to be a blessing. And when  we give ourselves away to benefit others--like Epaphroditis and indeed, like Jesus Christ--we can, in Ghandi's words, "become the change we want to see in the world."
Posted by Bishop's Blog at 9:38 AM