Violence is such huge part of our world right now that one can rarely listen to the news on radio or TV without learning of a new incident of horrific violence. We are still reeling from the recent terrorist bombings and mass stabbings in England, and attacks on other innocent people in our own country.

Gun violence is particularly prevalent in our country. I believe it is important for our churches to teach about this epidemic and promote healthy ways of preventing senseless harm. 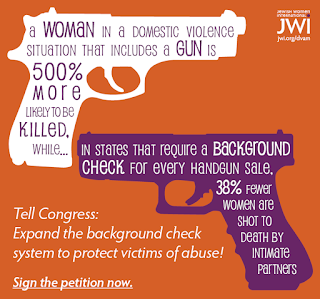 The 2016 United Methodist Book of Resolutions encourages our churches to make “preventing gun violence a regular part of our conversations and prayer times.” It goes on to say, “Gun violence must be worshipfully and theologically reflected on, and we encourage UM churches to frame conversations theologically by utilizing resources such as Kingdom Dreams, Violent Realities: Reflections on Gun Violence from Micah 4:1-4, produced by the General Board of Church and Society.”

(The 'Gun Violence Prevention' page on umcjustic.org is another helpful resource: www.umcjustice.org/what-we-care-about/peace-with-justice/gun-violence-prevention)

It also encourages us to “partner with local law enforcement agencies and community groups to identify gun retailers that engage in retail practices designed to circumvent laws on gun sales and ownership, encourage full legal compliance, and to work with groups like ‘Heeding God’s Call’ that organize faith-based campaigns to encourage gun retailers to gain full legal compliance with appropriate standards and laws.”   (2016 Book of Resolutions, page 394)

As a church we can also become politically active by promoting local and national level laws that prevent or reduce gun violence in some of the following ways:
Finally, my word to you today is to consider anger. The basis for much of the violence we see in this world today is anger. Jesus speaks of anger against one’s neighbor in a dramatic way in the “Sermon on Mount.” 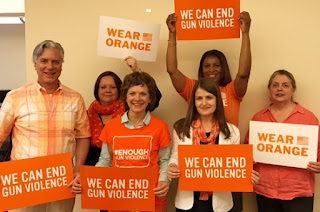 These are strong words based on much wisdom. Anger gives birth to murder and violence. Churches are also a place where we can teach faith-filled ways of dealing with anger through conversation, mediation, forgiveness and restorative justice.

Every one of us can do something to curb the violence in our world. Ask God to lay on your heart what you can be doing to promote peace and end this scourge of murder and mayhem in our world.  Use the month of June, which is “Gun Violence Prevention Month,” to make some concrete plans.  We are to be the salt and light of the world!