'Tear Down this Wall'*: A Pastoral Letter 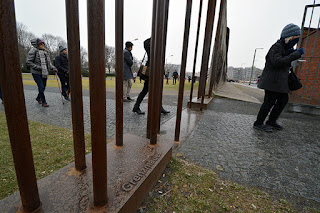 This week is the 30th anniversary of the fall of the Berlin Wall in Germany. This wall was erected after the second World War and it divided East and West Berlin.

During The United Methodist Church's Council of Bishops fall meeting our bishops from Germany testified about the jubilation and amazement felt when the wall came down. People were able to move about freely from one side to the other. Not a single shot was fired.

Humanity is well-acquainted with walls, not only physical walls but the walls of difference that are found in hearts and minds. We are quick to erect attitudinal walls around our differences and our beliefs.

Walls create alienation, separation, fear, distrust and violence. Such a wall stops ministry dead in its tracks, and it is never the will of God. God sent Jesus to deal with walls. Ephesians 2:14 says "For he himself is our peace, who has made the two groups one and has destroyed the barrier, the dividing wall of hostility." 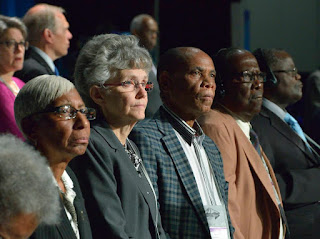 A wall of separation in the UMC

United Methodists are well-acquainted with a wall of separation about the marriage and ordination of members of the LGBTQIA+ community. Our Book of Discipline states that all people are of sacred worth, but it includes a wall concerning the practice of homosexuality being "contrary to Christian teaching."

At the 2019 General Conference the traditional prohibition against the practice of homosexuality was maintained, same gender marriages continued to be banned, and it was expanded to include more enforcement and a broader scope of what defines homosexuality. There were also more additions to the process of filing complaints against people who engage in practices found in the list of "chargeable offenses." Being a self-avowed and practicing homosexual and performing a same-gender wedding are on that list. The added measures will be effective on January 1, 2020.

I write this pastoral letter to the flock of God in the Eastern Pennsylvania and the Peninsula-Delaware conferences, my beloved Philadelphia Area. It is a passionate plea that you do not engage in filing complaints around the issue of homosexuality. It simply exacerbates the painful, formidable wall that stands between people of good will who have different hearts.

Homosexuality complaints and trials do harm

Complaints and trials do an enormous amount of harm to everyone. Our baptism vows call us to "resist evil, injustice and oppression in whatever forms they present themselves." Nothing good can come from this battering. We can never legislate a heart.

As your bishop I am bound to receive and process complaints, but I do not believe it is helpful to engage in church trials. So, I will not refer any such complaints for a church trial. I say this not out of a sense of rebellion against the rules in our Book of Discipline but out of my pastor's heart that wishes to defend the people of our conferences against this destructive, divisive and expensive process.

The complaint paragraphs in the UM Book of Discipline call for a resolution that focuses on repairing any harm to people and communities and that can bring healing to all parties. Instead of filing a complaint, I suggest that those who have experienced harm begin with a conversation.

Engage people with whom you disagree. Hear their hearts and engage in humble inquiry about a person's life story and perspective. Explain where the harm is and craft a peace plan. And most importantly, pray with each other! 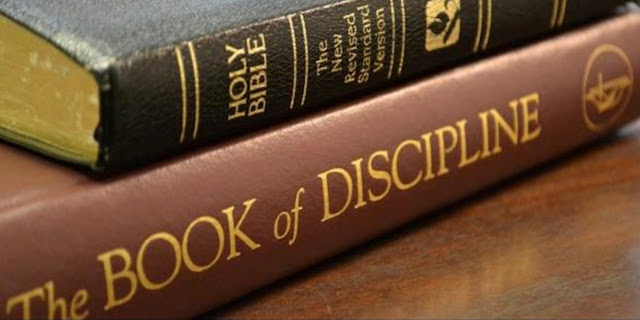 Power of prayer to tear down walls, build a just peace

When I visited Germany last year and toured the former site of the Berlin Wall, our guide said that the Communist government was "no match for prayer and our candlelight vigils." The power of the risen Lord is available for us to tear down our walls, but we need to have the humble will to work at it and pray for it.

Is this not what Paul meant in Romans 12:18 when he said, "As far as it depends on you, live peaceably with all"? I humbly suggest that you engage in these steps before sending a complaint to my office.

We are living in a "liminal" (transitional) time as we prepare for the May 5-15, 2020, General Conference. At that conference delegates will consider how we as a denomination can maximize our witness and craft a form of unity that brings a new wind of hope for all people.

We can only get there as we employ with grace all of the giftedness of the Body of Christ, not just one "side" or the other. Dividing our church would cut off some of our needed giftedness. We can only accomplish this vibrant ministry as we take down the walls in our hearts and "do justice, love mercy and walk humbly with our God." (Micah 6:8)

I close this letter with two verses of a hymn that was sung in Germany during the dismantling of the Berlin Wall. It spread like wildfire around the churches, both East and West, as people yearned for freedom and unity. May it be a song in all of our hearts as well:


Have faith is God's new pathways, walk on in this new day.
God hopes you'll be a blessing for all upon the way.
The one who in the days gone by breathed life in us and hope,
Will lead us to the place where God wants and needs us most.

Have faith in God who shows us new paths that lead to life.
It's God who comes to meet us, the future is in God's hand.
Who follows God is full of hope, now and forevermore.
The door for us is open, the land is bright and free.

*"Tear down this wall" was the appeal U.S. President Ronald Reagan made in his Berlin Wall speech in West Berlin, Germany, on June 12, 1987.

Bishop Peggy A. Johnson
Posted by Bishop's Blog at 10:12 AM