Anti-Asian Violence: A call to teaching, preaching, speaking out 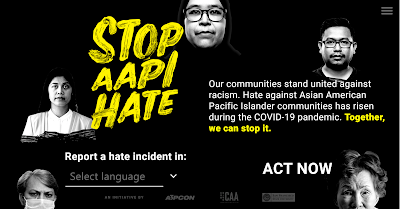 NBC News 10 reported on March 18 that Pennsylvania and New Jersey are among the states with the highest number of Anti-Asian violent crimes. According to “Stop Asian Americans Pacific Islander Hate” (AAPI), 68% of anti-Asian attacks were directed against women.

Over the past year, despite hate crimes being down for the most part, anti-Asian attacks have become much more prevalent.  Since the beginning of the COVID-19 pandemic physical assaults, verbal harassment, civil rights violations and online harassment against Asian Americans had increased by 200%. Terms like “The China virus” or Kung-flu” to describe COVID have had much to do with the current hate violence.

What a terrible thing! What a tragic world! We mourn with the people of Atlanta who have experienced thd senseless, evil mass shooting of eight people, six of them Korean women, March 16.  As United Methodists, “we deplore acts of hate or violence against groups or person based on race, color, national origin, ethnicity, age, gender, disability, status, economic condition, sexual orientation, gender identity or religious affiliation.” (Social Principles, Paragraph 162)

As a nation, we need to teach and speak to one another about tolerance and cultural respect, so that more people see our diversity as a source of giftedness and not division or threat. In our churches, we need to preach and model respect and inclusion at every level of congregational life. That includes creating diversity and inclusiveness in funding and leadership opportunities.

A practical thing that we can do every day is to speak up when we hear racist remarks that denigrate any ethnic group or that characterize people in negative and stereotypical ways.  Words can hurt, but words of truth can heal and create justice.  Let us be creators of “justice and joy”* and make a better world and a better church.