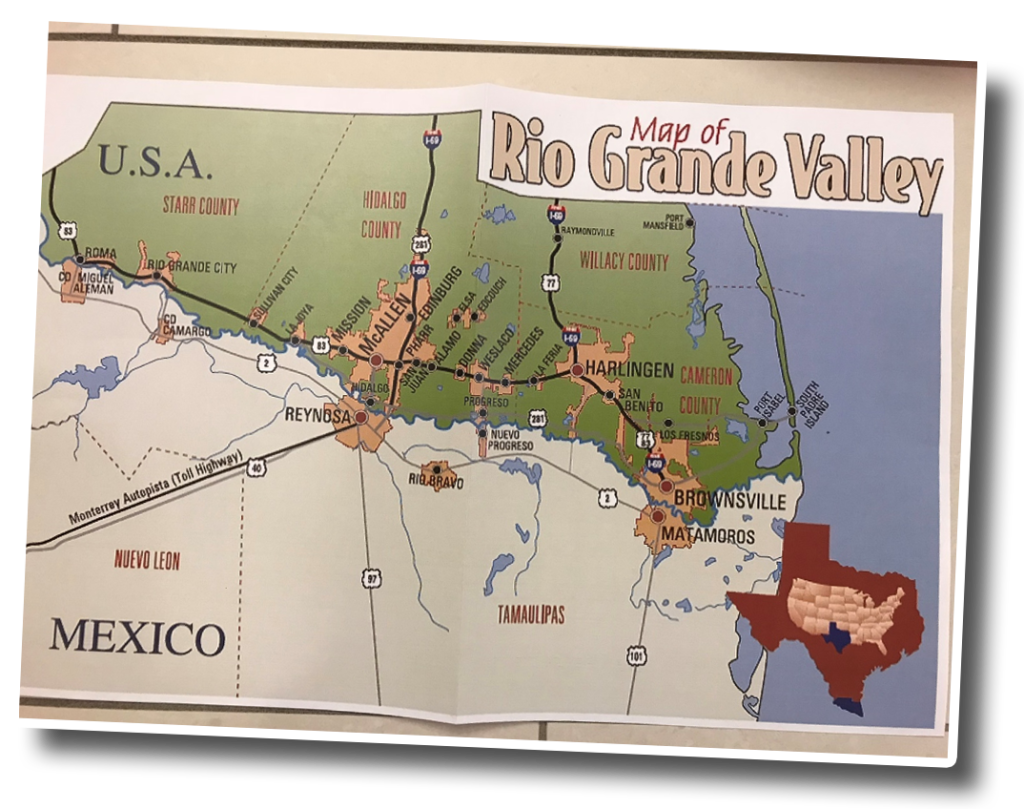 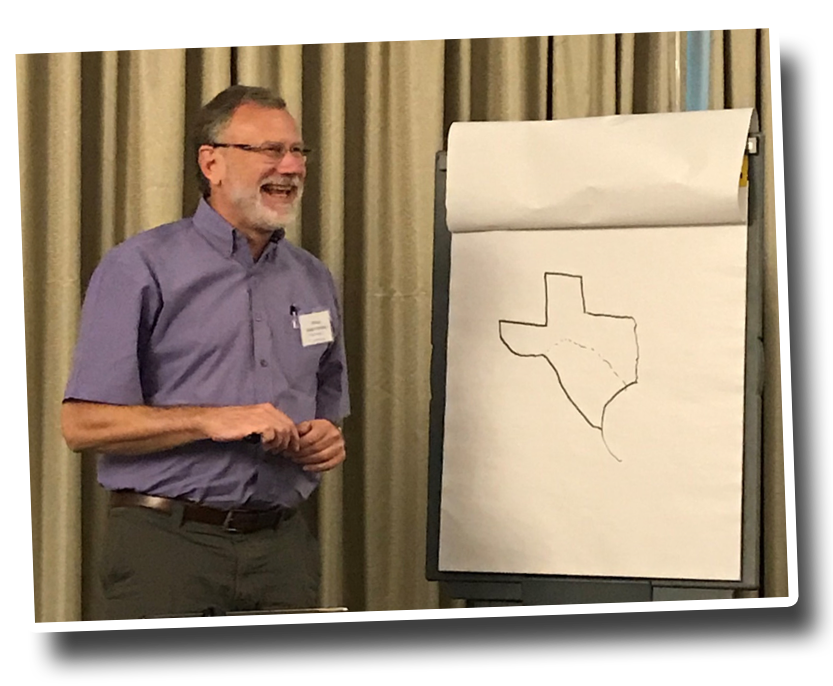 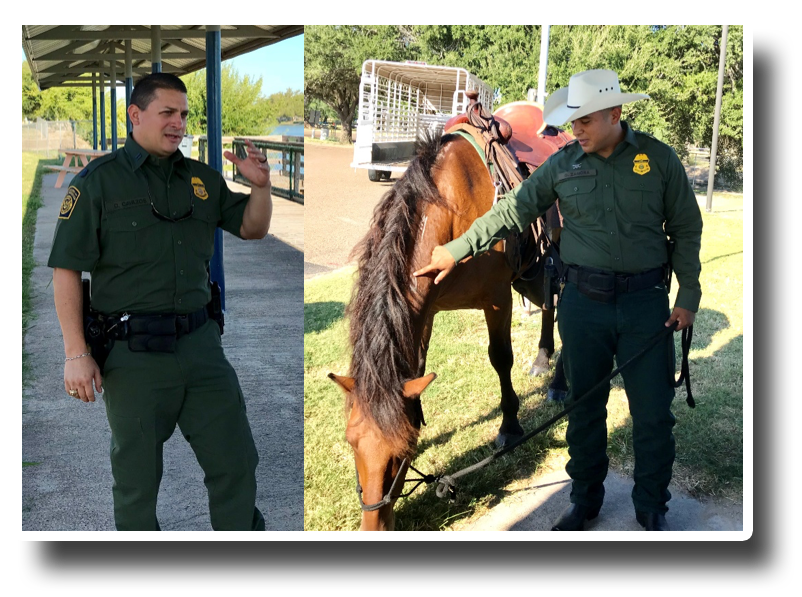 The Border Patrol agents explained that their role is first to protect the country from terrorists and their weapons.  Mostly they see people from Mexico and Central American countries (Guatemala, Honduras, El Salvador) seeking work and asylum from the dangerous gangs and violence in their home countries. Smuggling people into the United States is a huge for-profit business that surpasses the illegal drug trade. They apprehended 140,000 people this year, 50,000 of whom were in family units. Some were unaccompanied minors.

The Border Patrol workers save many lives as some people have been traveling for months in harsh conditions.  They use vehicles, boats, horses, helicopters, and various forms of technology to find people who are coming over the border.  Mexican people typically are sent right back over to Mexico. The Central American people are mostly asking for asylum and they surrender to the patrol officers to be processed. At least 80 percent of them are sent back home after being processed.

Ursula Central Processing Center is where about 500 people stay while they are being processed.  It is the first step. We were not allowed to take pictures, but we saw first-hand women, men and children of all ages in something like cages with sleeping bags and Millar (silver) blankets.  After they are processed they are moved to shelters and eventually to places around the country where family and friends will keep them while they await asylum hearings.  They are given food, clothing, health care, laundry and showers. The guard told me that they also have begun offering behavioral services for those with emotional issues.  The people we saw seemed very subdued.  Some were resting after long journeys. A few of our group reached out and touched the hands of the people within and gave them a few words of encouragement. This center was built in 2014 when the flood of unaccompanied minors came across the border.  One guard said, “It is what it is, and you do the best you can.” 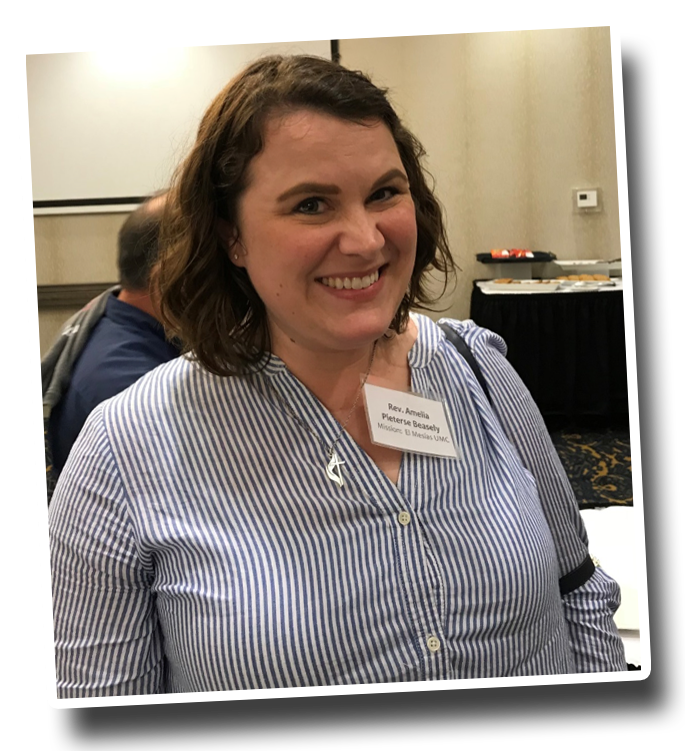 Rev. Amelia Beasley is a young adult United Methodist Elder in the Rio Texas Annual Conference. She serves a Hispanic congregation that consists of citizens, undocumented people, border patrol officers, and homeland security personnel. She led worship for our group one morning and said that Christ is found in the “in-between places” or “nepantla” in Spanish.

We as the church are to be bridge builders, fixing broken hearts, assisting people as they go to court, and building relationships.  It is how her very diverse church is able to worship and live together as the Body of Christ.  Bishop Schnase also read to the group a series of thoughtful, personal experiences as a minister who served near the border during the years he was a local pastor in this area. 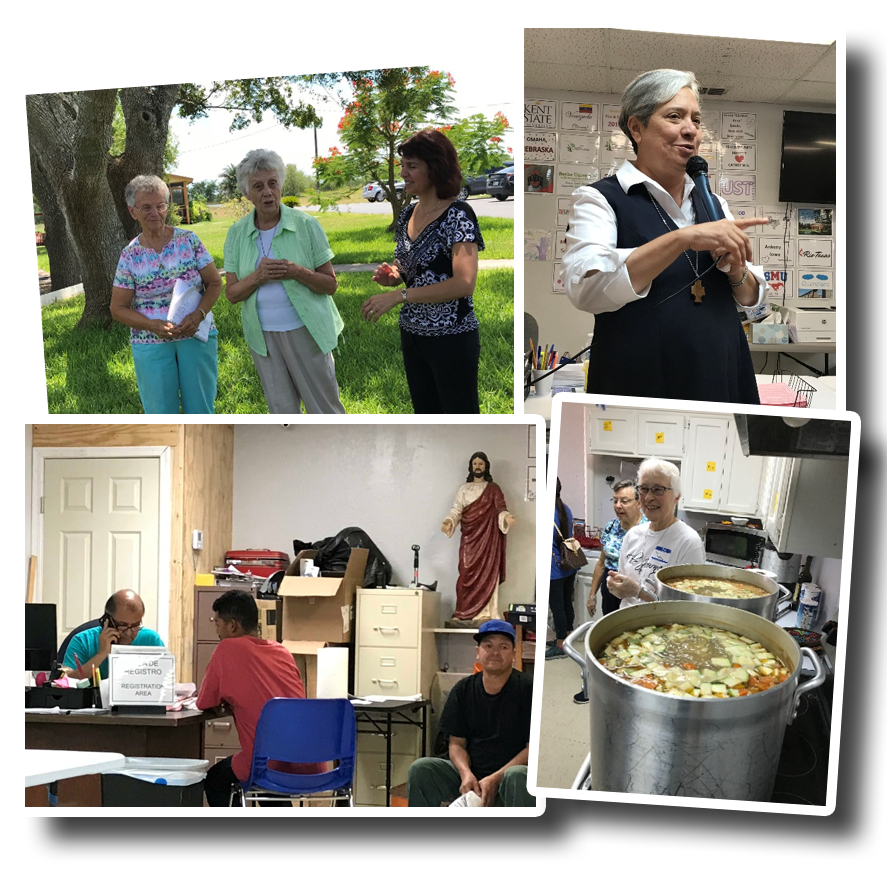 Shelter and transfer ministries are an important part of the Christian witness in McAllen. La Posada Providencia (upper left) and Catholic Charities (upper right and lower two pictures) provide short term help for people as they leave the processing center, contact family in various places around the country and prepare to take a bus or a plane out of Texas while they await their immigration hearings.  Among the things they provide are some basic health care, English classes, food and clothing.

The goal is to restore human dignity and be a welcome presence.  When new people arrive each day at the Catholic Charities Center everyone claps to welcome them. These programs are run on the barest of means and are in constant need of funds. 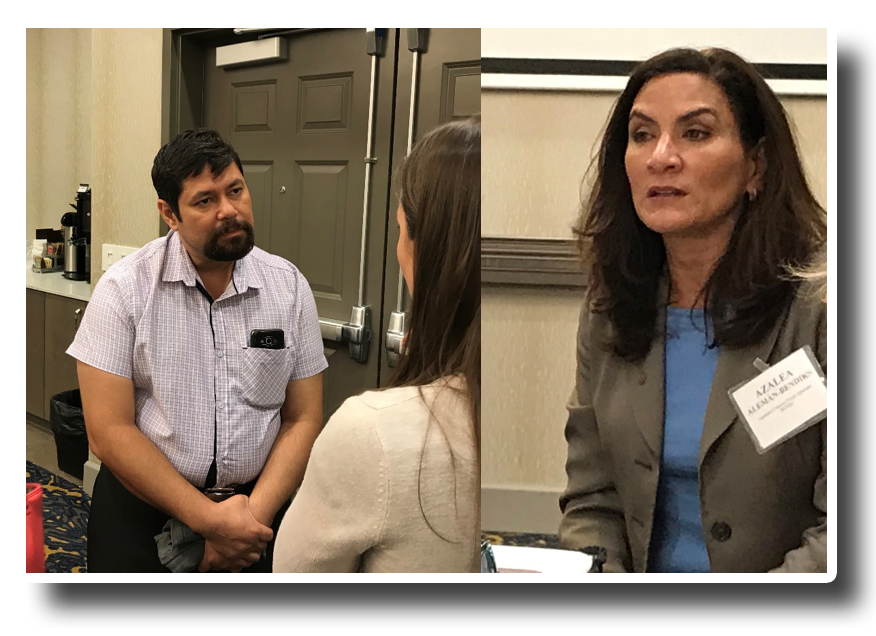 The response of the church is not only humanitarian.  There are also legal avenues of service.  Ephraim Guerrero (left) works as an immigration lawyer for the Methodist Church of Mexico.  He assists people getting visas and conducts training for the law enforcement officers.  His work in Monterrey is very dangerous as the cartels make money from smuggling people. Violence and kidnapping is a constant way of life.

Azalea Aleman-Bendix (right), a United Methodist laywoman, is the Assistant Public Defender in the Federal Courthouse in Bentsen Tower, McAllen.  She has to process hundreds of people through the courts each week. She continually advocates for their civil and human rights. She told us that at least 565 children are not back with their families after they were ordered to be reunited. She says that the church must continue to speak out for the suffering that is happening and to address the policies that dehumanize people. 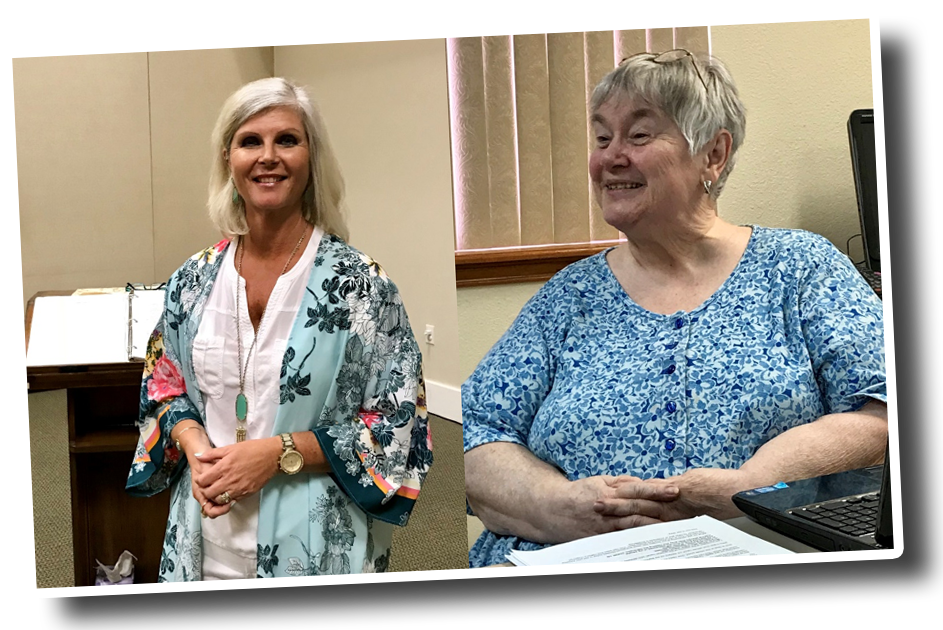 Other advocacy work includes the ministry of Tracy Hughes (left), the founder of “Tamar’s Tapestry.” She explained how this climate of immigration is the perfect storm for human trafficking and the sex trade.  Families pay smugglers $5,000-$7,000 to bring loved ones to the United States; and many are trapped in prostitution rings. They start with children as young as 11 and 12 years old.  Her program teaches about the need to address pornography in this country; and she also runs a shelter for women who have escaped the system.

Ann Cass (right) from Proyecto Azteca spoke to us about the proposed border wall.  There are already many walls along the U.S.-Mexico border.  The proposed, extensive 15-foot wall would cost $16.2 million dollars per square mile.  It would endanger protected lands and wildlife refuges.

She advocates for a comprehensive immigration reform that is not amnesty instead.  Ann wishes that the wall money could be used to build a hospital in the area, where there is currently no public medical center, and to help the 4,000 people who are in need of housing. 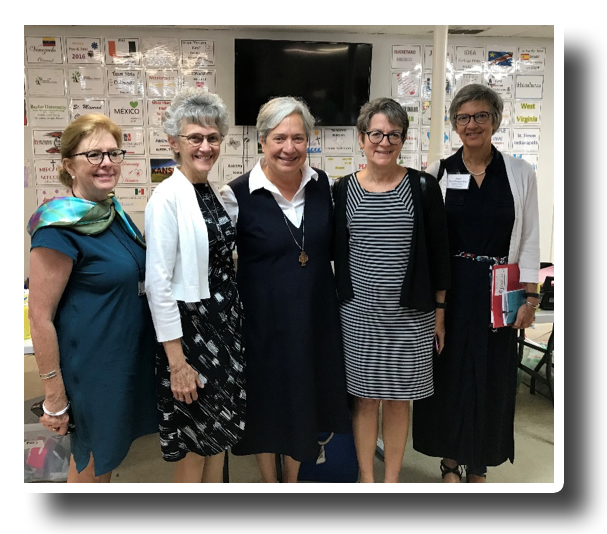 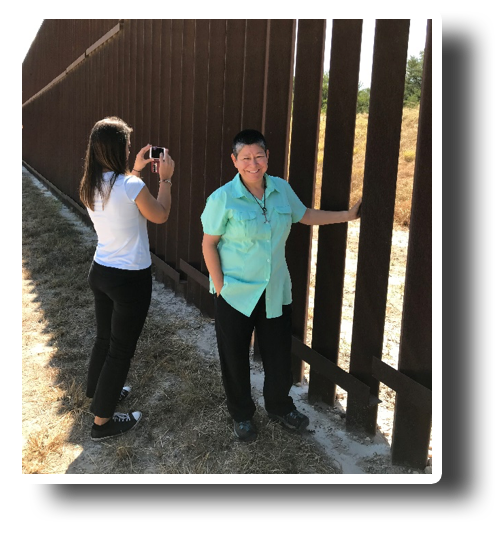 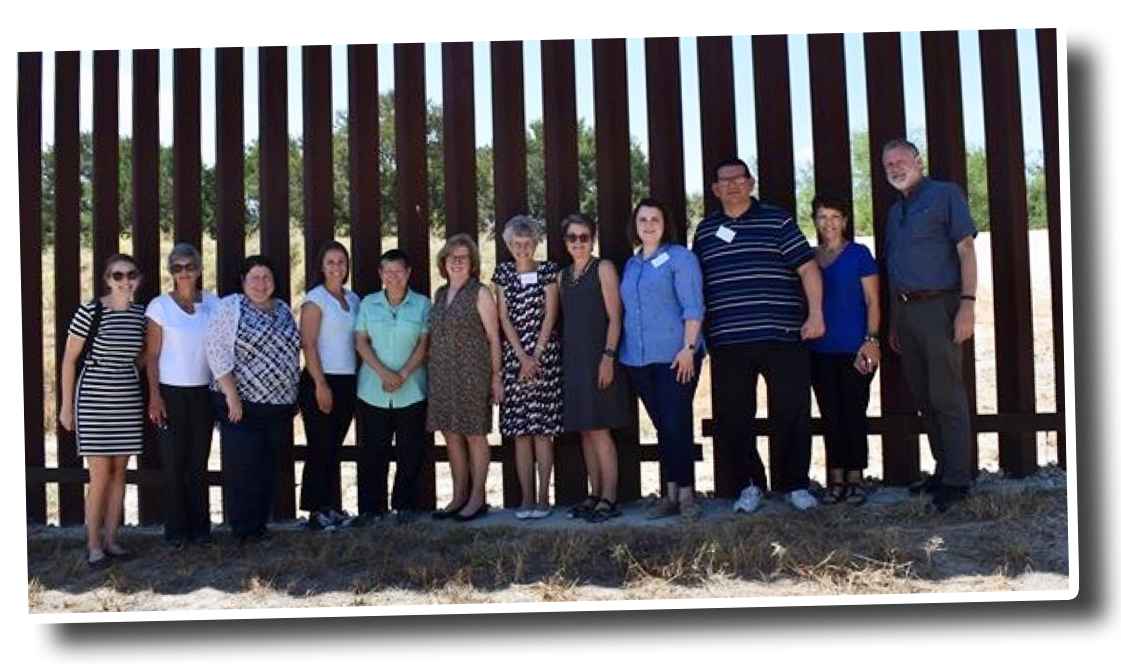 What a rich experience to be at the border and to learn about what the church is doing and how all of us can engage in ministries that promote justice and peace in this world.

My thanks to the General Board of Church and Society and the Rio Texas Conference who arranged for this immersion experience.

*Bishop Peggy Johnson serves on the General Board of Church and Society.